The Federal High Court, Abuja, has threatened to jail the Director-General of the Department of State Services, Yusuf Bichi, over the agency’s refusal to release Omoyele Sowore, the publisher of Sahara Reporters despite fulfilling his bail condition.

In a “notice of disobedience to order of court” issued by the court today Thursday September 26th and addressed to the DSS DG, the Federal High Court directed the boss of the secret police to comply with its directive or face grave consequences, which includes “commitment to prison”. 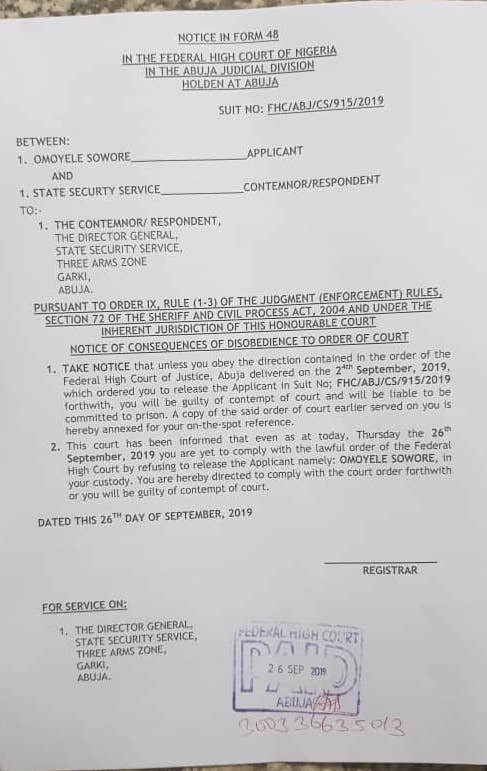 People now lay curses on me in Mosques...

Hoodlums looted our office in Nigeria and stole...