Tennis World No 1, Novak Djokovic, this week visited Ryogoku Edo-Noren in Japan to fight with a sumo wrestler head of the Japan Open which is underway in the Asian nation.

Sumo wrestlers are traditionally heavy in mass, so seeing Djokovic with his slim build take on the sumo wrestlers is a hilarious sight. 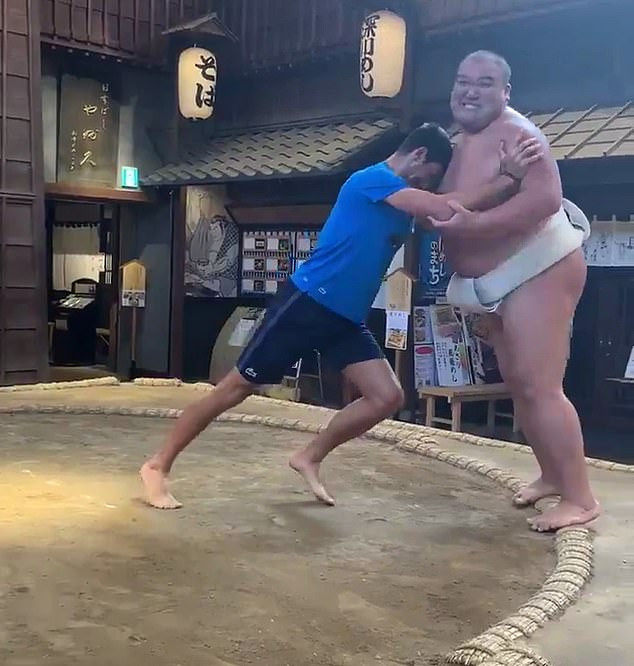 ‘It’s one of the most popular sports in Japan. Speaking with my father yesterday on the phone I was telling him that I’m going to have an opportunity to meet sumo wrestlers.

‘He and I were remembering many years ago at home (when) we used to watch Akebono (Taro, who reached Yokozuna status), who was someone that we supported a lot.

‘I felt that I am out of shape (for sumo) a little bit. I think with a few more kilos, I’ll be ready to compete.

‘Probably three times as much as I have right now would be the right measurement for me to compete.’ he added