Yesterday LIB reported that a Nigerian lady who accused her former classmate of beating, raping and holding her hostage after she travelled to Ghana to learn Forex from him, allegedly went to learn yahoo-yahoo (online fraud) from him.

The accused, Emusi Clinton a.k.a Successful OG has released more chats which backed his claim of  Clement Vanessa Ogechi coming to learn online fraud from him.

The released chats centered on their discussions before the trip and after she arrived Ghana. Successful OG’s camp however didn’t deny raping, assaulting and holding Ogechi hostage during her stay in Ghana.

Here are the chats below; 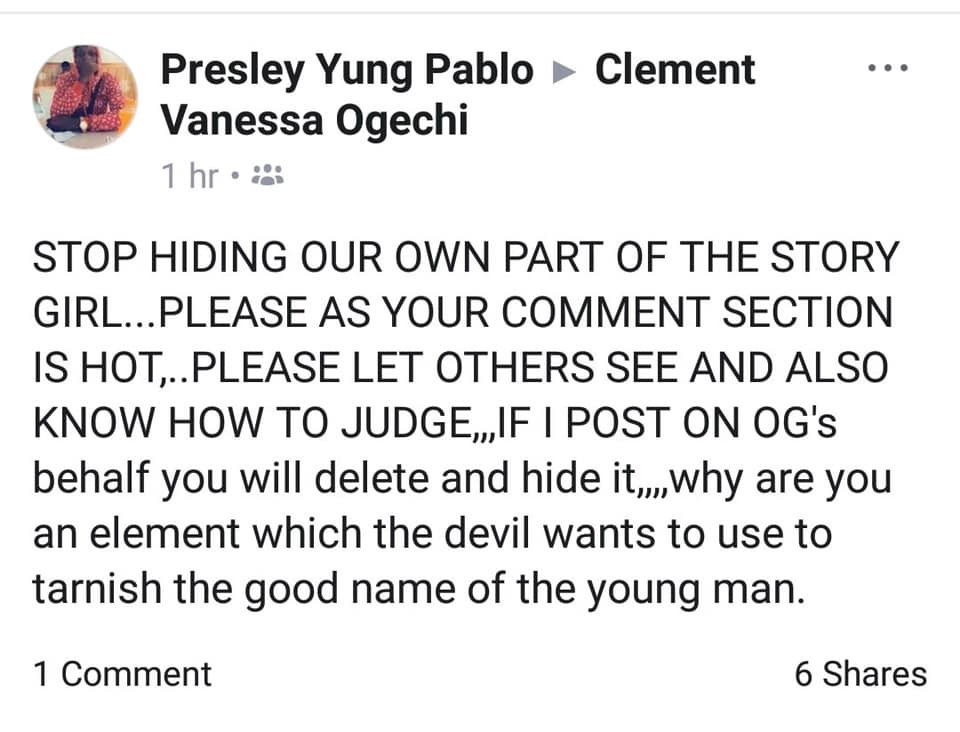 Inside Buhari’s Presidential Villa of scuffles

The best investment in life is not buying...

69 were persons killed in #EndSARS protests –...