The White House just released a copy of the letter the US President Donald Trump sent to Turkey’s leader Recep Erdogan last week and one can only wonder if it was a letter from one world leader to another world leader or a letter from a bully to a junior pupil…Lol.

Trump’s letter to Erdogan was as a result of Trump’s decision to remove American troops from North Eastern Syria, a decision that might ensure the Kurds- America’s allies in the war against ISIS in Syria, are slaughtered by the Turkish military when Turkey invades the Northern border of Syria.

Trump warned on Twitter that he will destroy Turkey’s economy if they attack the Kurds and the letter to Turkey’s president has been released to prove he wasn’t fooling around .

Read the full letter below. 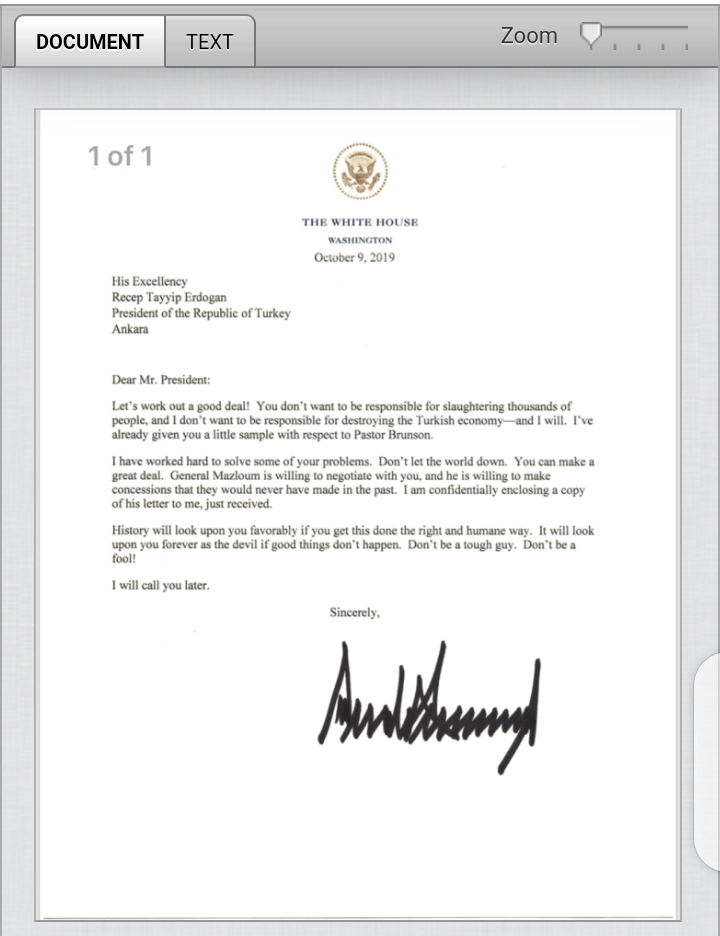