The exchange came after the EFCC insisted that their approach to curb fraud across the nation has been thorough and professional after being accused of criminalizing some of the party-goers who were later freed by sharing their photos online.

However after the anti-graft agency shared a section of the EFCC Establishment act which gives them power to investigate “properties of any person if it appears to the commission that the person’s lifestyle and extent of the properties are not justified by his source of income’, they got queried by Segalink on why they failed to investigate the exhibition of a bullion van which allegedly belongs to former Governor of Lagos, Bola Tinubu and a video in which Kano State’s Governor, Umar Ganduje was spotted allegedly stuffing money in his outfit.

See the exchange below; 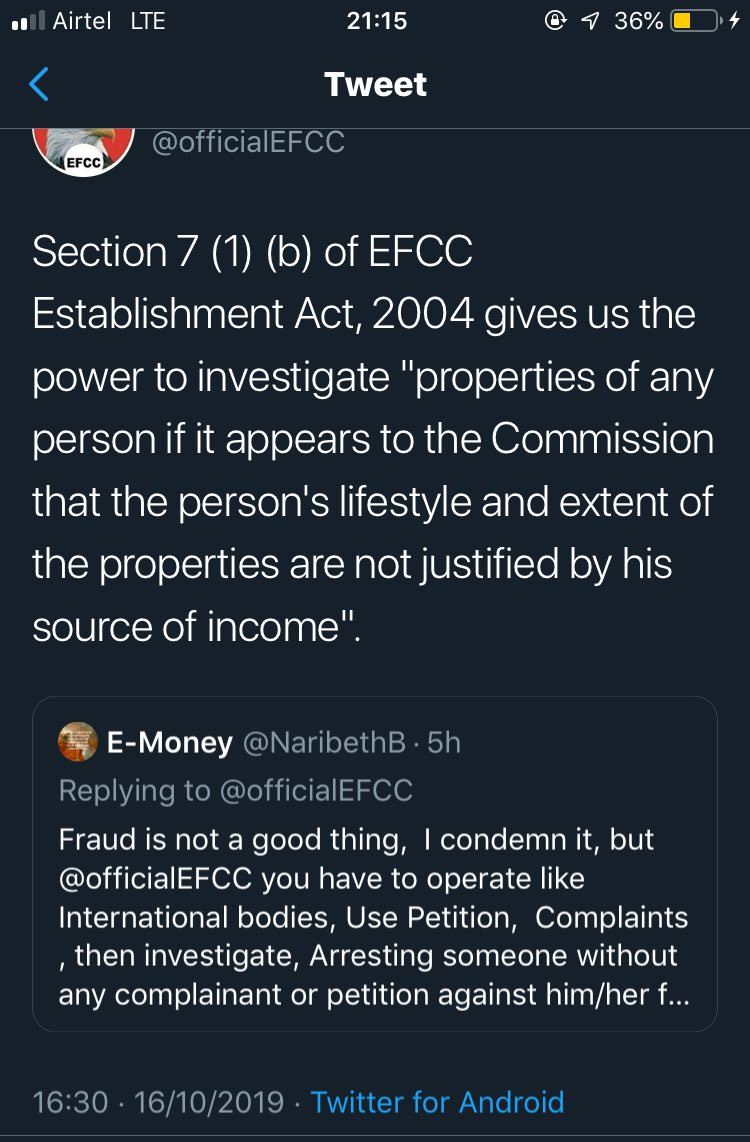 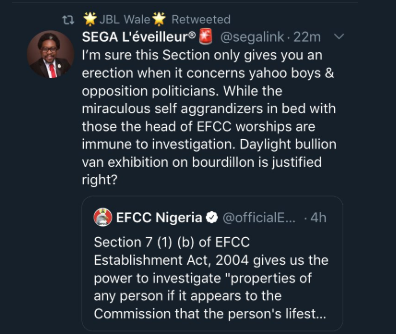 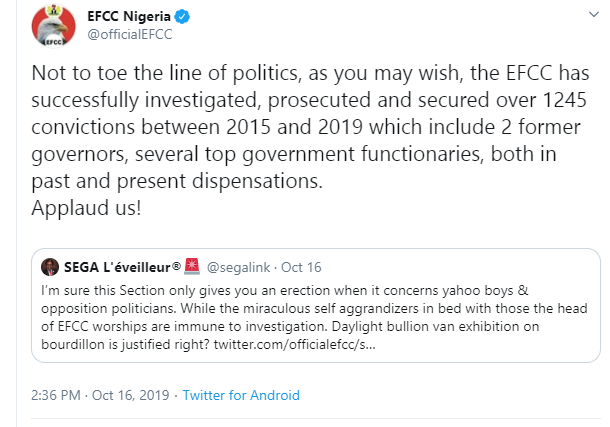 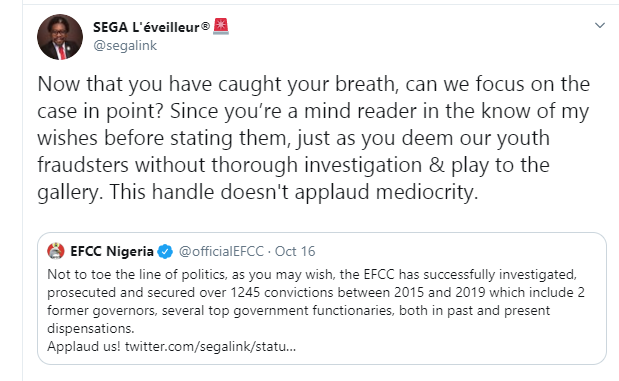 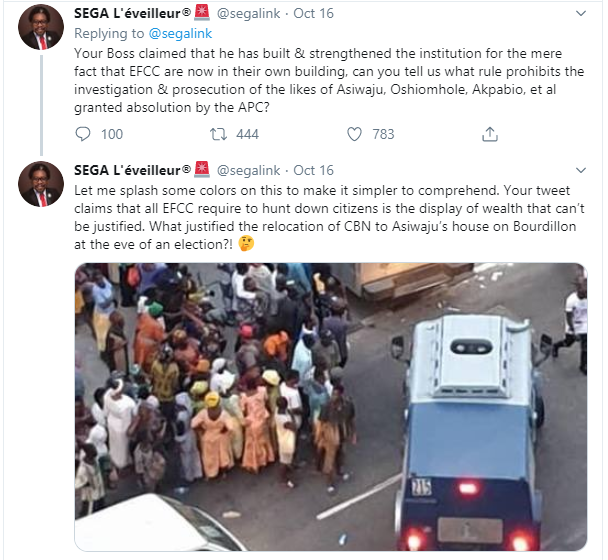 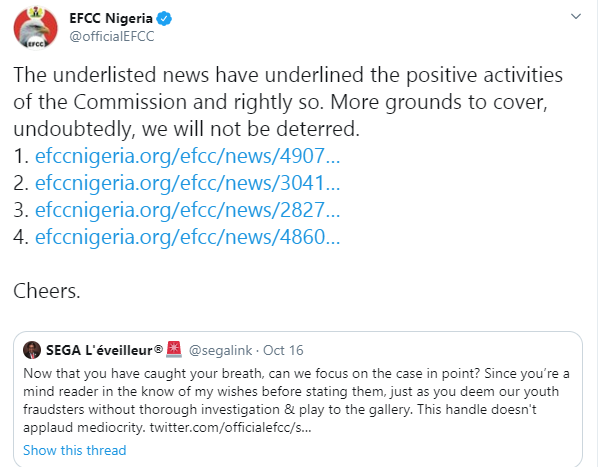 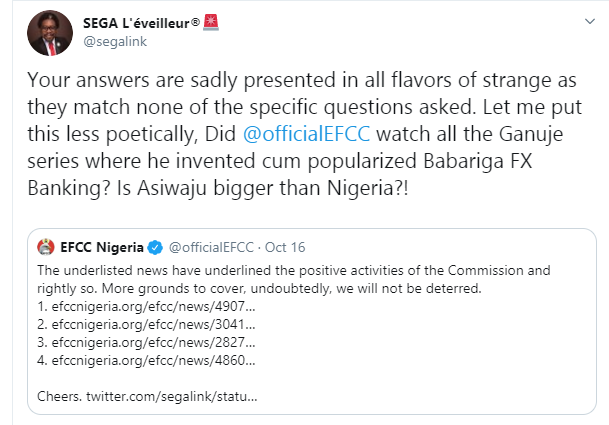 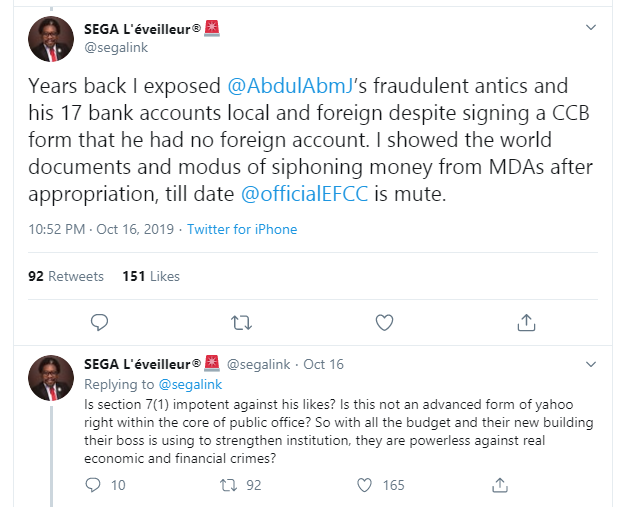 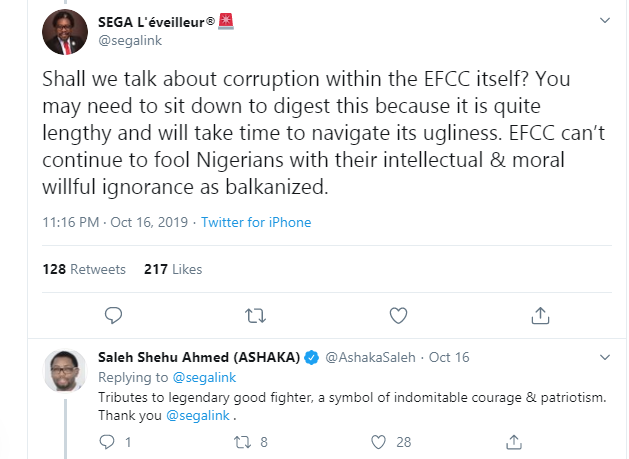