An Ochanja market trader identified as Smart Onyema, has been called out on social media for allegedly posing as one of the traders affected by the recent fire incident in Onitsha to get help online.

I have been avoiding commenting on this so that I won’t be misunderstood but I think it’s very necessary now since the real owner of the shop has decided to speak up and somehow people are doubting him.

The first and second picture below has gone viral and it’s really painful that someone is claiming what isn’t his.

I have seen quiet a handful of beautiful hearted Nigerians asking for his contact and pledging to gift him, It makes it more painful.

Let me state this.

1. The person below, I know him as “Smart” (I don’t know his surname or other names but from his Facebook page, he bears Smart Onyema)
Smart is what we know and call him in the plaza where we all own shops.

2. Smart is my customer (because we sell in cartons while he sells in pairs and bundle of 6 et AL, so I know him personally.

3. His shop is located at All Saints Plaza Ochanja.

4. At All saints plaza, we sell China rubber wears… I will post a sample in the comment section. Only one pattern of slippers and sandals are sold in that plaza(you can go there to confirm). No one sells that fansy slippers in the first picture below in that plaza.

5. The burnt shop is outside the plaza. You can see it from the picture.

6. The shops are TWO DIFFERENT SHOPS

7. The shop Smart posed for this picture doesn’t belong to him!
Look at the second picture, the building behind, it is the plaza where Smart owns a shop. The fire didn’t get to this particular plaza which means that Smart’s shop didn’t burn.

8. I am not sure who owns the unburnt shop in the first picture, I will still confirm but the burnt shop in the second picture belongs to Oluka Dominic , that shop is in between Uche’s shop (the man on red in the 3rd picture which has gone viral and another man called Nwoke ?cha,). There are other people in that line but their shops weren’t captured.

Now, it has become impossible for Oluka Dominic to claim his shop and possibly get help, because Smart was smart enough to pose and take pictures in his shop even before he knew it and has gone ahead to get help which he doesn’t need.
He didn’t loose his wares like these men.

Oluka Dominic (the real owner of the burnt shop) has published a Facebook post but a lot are caught in between who to believe.

If anyone wants any further information concerning this post, contact me.! Or go to Ochanja and ask for All Saints plaza to verify this.

I am in fully support of helping these men get back but against anyone using their misfortune to raise money when they (the real men) are left to crawl into depression.
It is already bad enough that they lost their hard earned money, no one should add to their Agony.

Let’s condemn evil biko!
Help me and share this..
Daalu

Ps: I had to Colour off some portion of the 3rd poctire because people are beginning to misunderstand the reason I included it and are mistaking Smart for Uche (who genuinely owns the shop he is standing infront of) #NwaanyiNeni 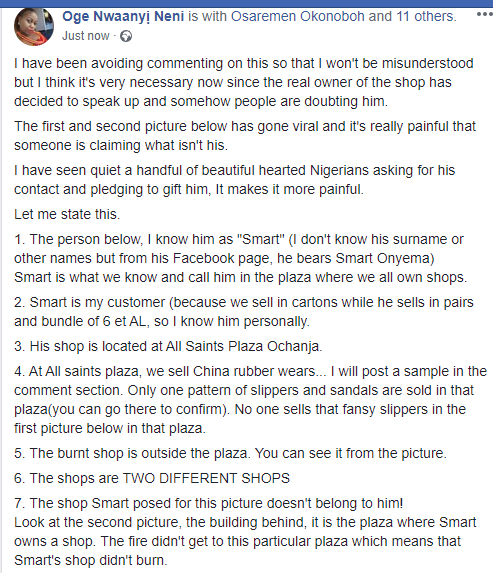 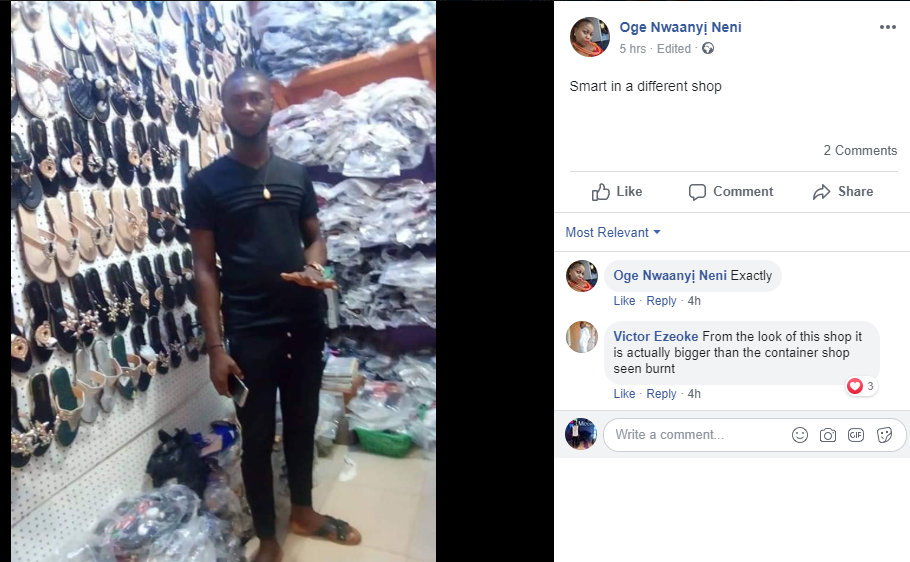 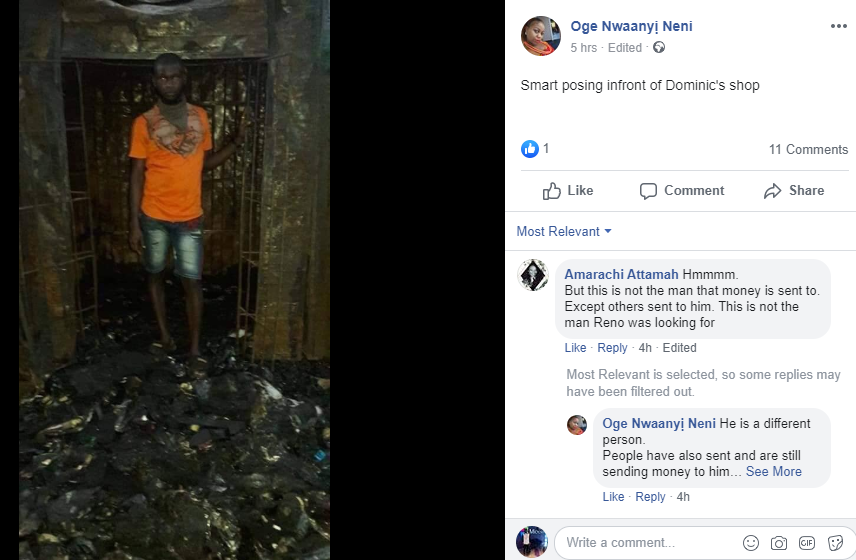 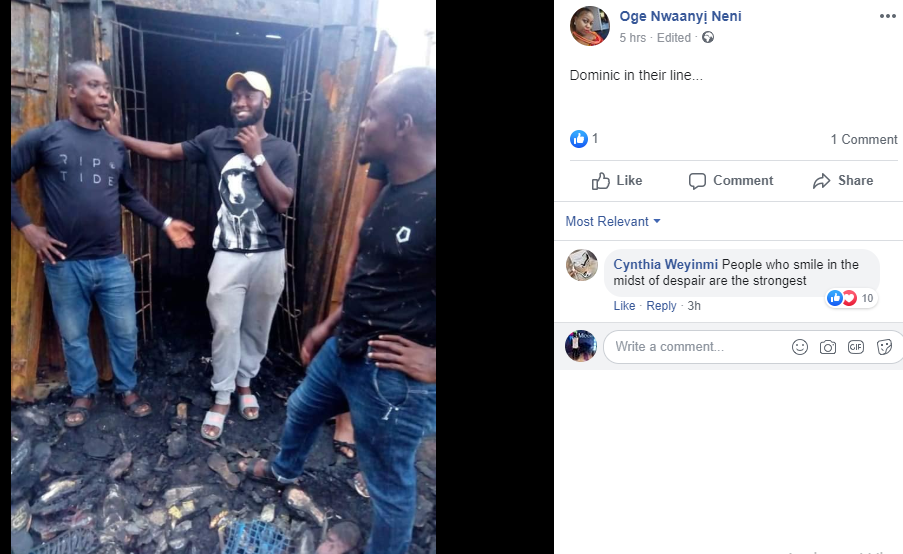 Also corroborating the claims made, the alleged owner of the burnt shop Oluka Dominic wrote;

It will be very bad of me if I don’t clear the air, I’ve been getting series of calls that one Smart Onyema claimed that the burnt shop his standing in front belongs to him, as such have been defrauding peeps.
Both his before shop and after shop are two different shops, his after shop which is the burnt shop is mine, and I don’t want to be party to any dubious collection of money from anybody in guise of trying to help the owner of the shop.

Yes, the onitsha fire out break affected me heavily but I know I will rise again cause my trust is in God. Don’t allow anyone scam u online, investigate and confirm before helping anyone online.

I will rise again. 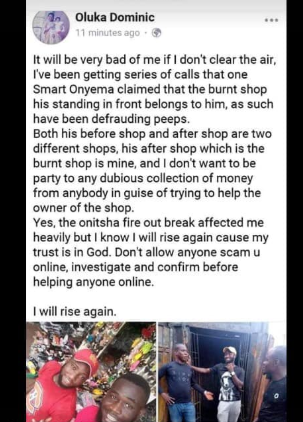 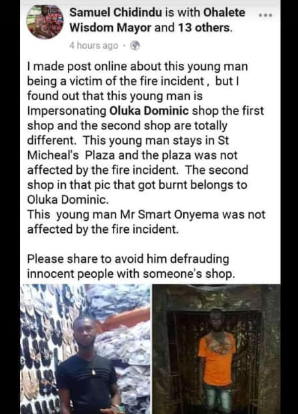 ‘He was never our student’ – MAPOLY denies convicted cybercrime fraudster