Michael Blackson is known to make outrageous claims and he’s made another such claim on Instagram and Twitter.

The Ghanaian/Librarian actor, who is popular in the US as a comedian and will star in the upcoimg alt=’Michael Blackson has his followers in stitches after he shared DM Kylie Jenner allegedly sent him’ class=’img-responsive text-center’ style=’margin: auto;’ movie Coming 2 America, shared a screenshot of a DM he allegedly received from Kylie Jenner.

The screenshot purporteldy shows Kylie asking him for advice on how to solve a problem she has. The problem being that she can’t stop having sex with Tyga and Travis Scott.

Blackson gave his reply then captioned the screenshot: “I hope she don’t get mad at me for posting this but I give advice to celebs too.” 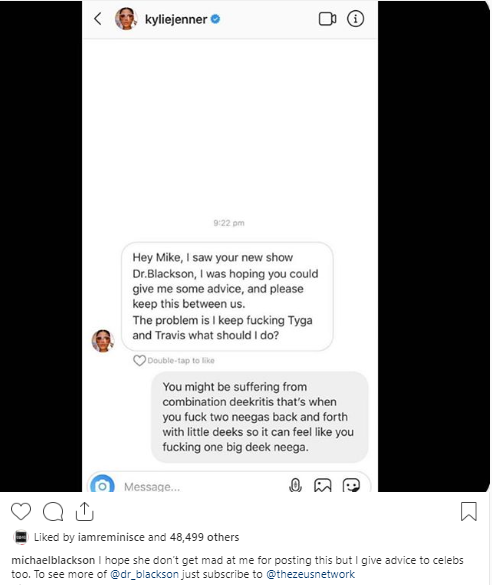 The obviously fake conversation cracked his followers up and their replies showed their amusement. 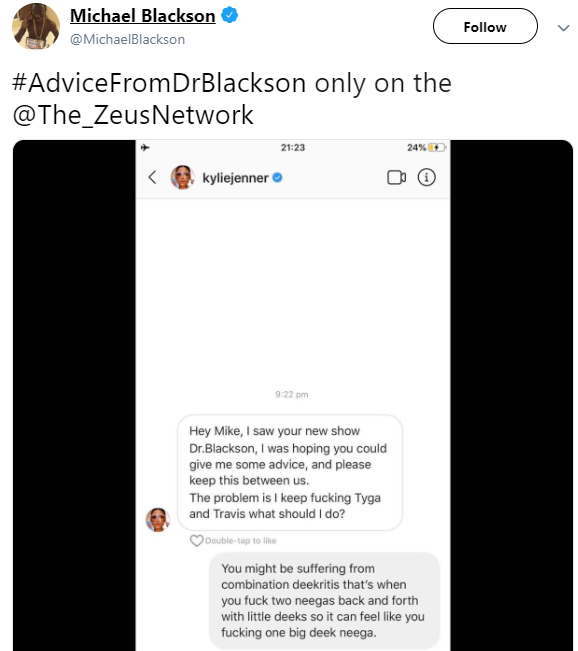 See some replies below. 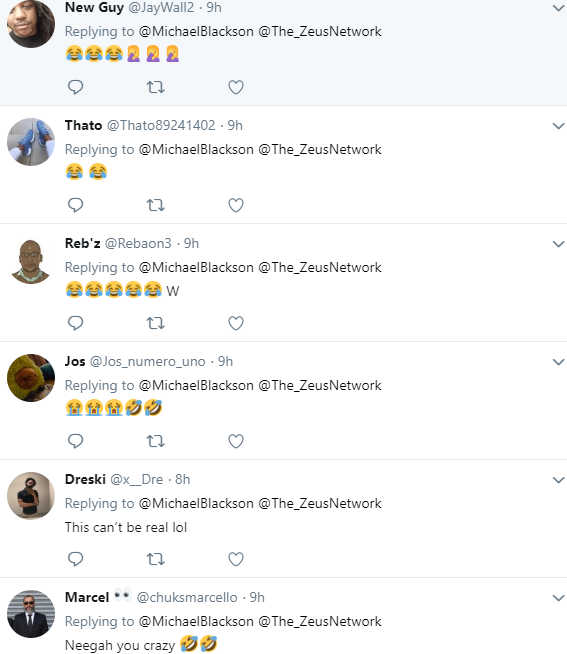 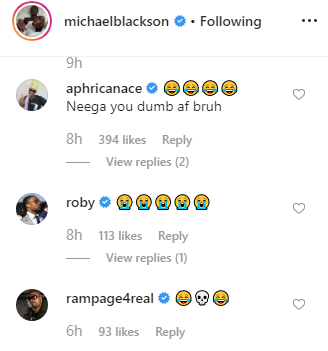