Cape Town’s rail unit has reportedly been delayed after the body of a man was found hanging on a mashpole in Cape Town.

Residents woke up to find the body on a pole between Philippi train station and Nyanga Junction in Cape Town. 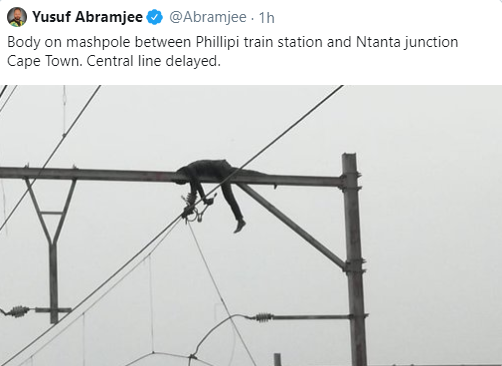 It is not clear how he got up there but Twitter users speculate he’s a cable thief who tried to cut the cable with the device seen on his hand. 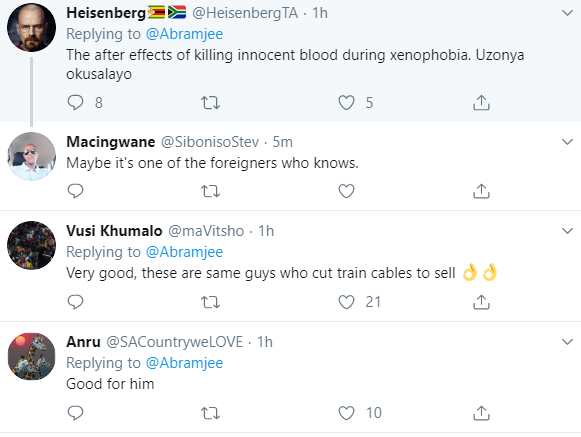 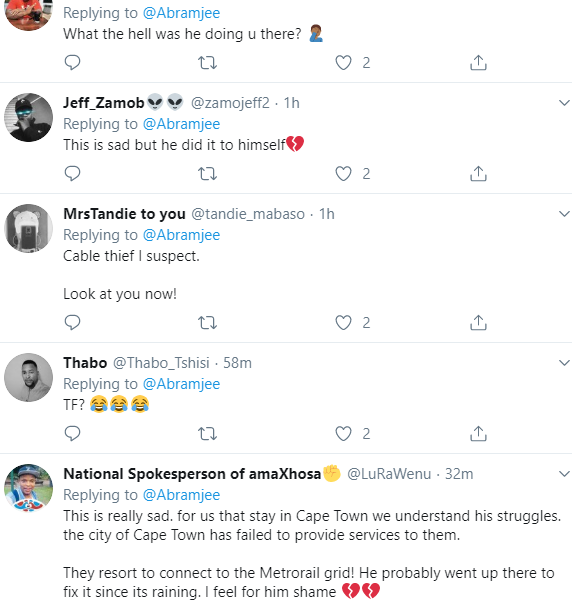 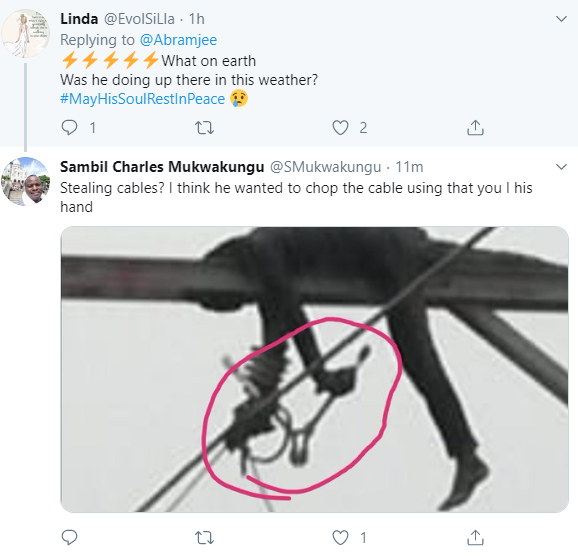