The EFCC, Lagos office, has arrested a couple, Rowly Isioro a former Assistant General Manager with one of the first generation banks (Name withheld) and his wife Ovuomarhoni Naomi Isioro, a business woman, for their alleged involvement in Business Email Compromise, BEC, and money laundering.

A statement released by the commission on Monday, November 4th, says the couple were alleged to have laundered the total sum of One Million and Forty-nine Thousand Dollars ($1.49m) which was allegedly transferred to Ovuomarhoni Naomi’s bank account in Nigeria.

Their arrest followed a petition received by the Commission from the Federal Bureau of Investigation, FBI, through the office of their Legal Attache, United States Consulate Victoria Island Lagos, about their alleged involvement in computer related fraud, stealing and money laundering. 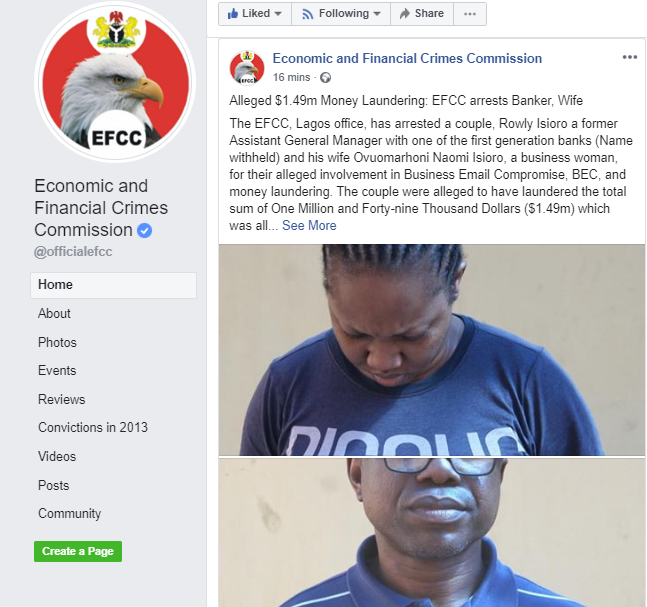 Complaints against police will go down if culpable...

Cryptocurrency has no place in our monetary system...