Music legend, Paul Play Dairo made a statement on Instagram that caused Instagram users to question him. But Ufoma McDermott quickly jumped to his rescue.

It all began when Chude Jideonwo shared a screenshot of an article by New York times highlighting his interview with Busola Dakolo, where she accused Biodun Fatoyinbo of rape.

Chude praised Busola for her “courage” and “the power of her voice”. 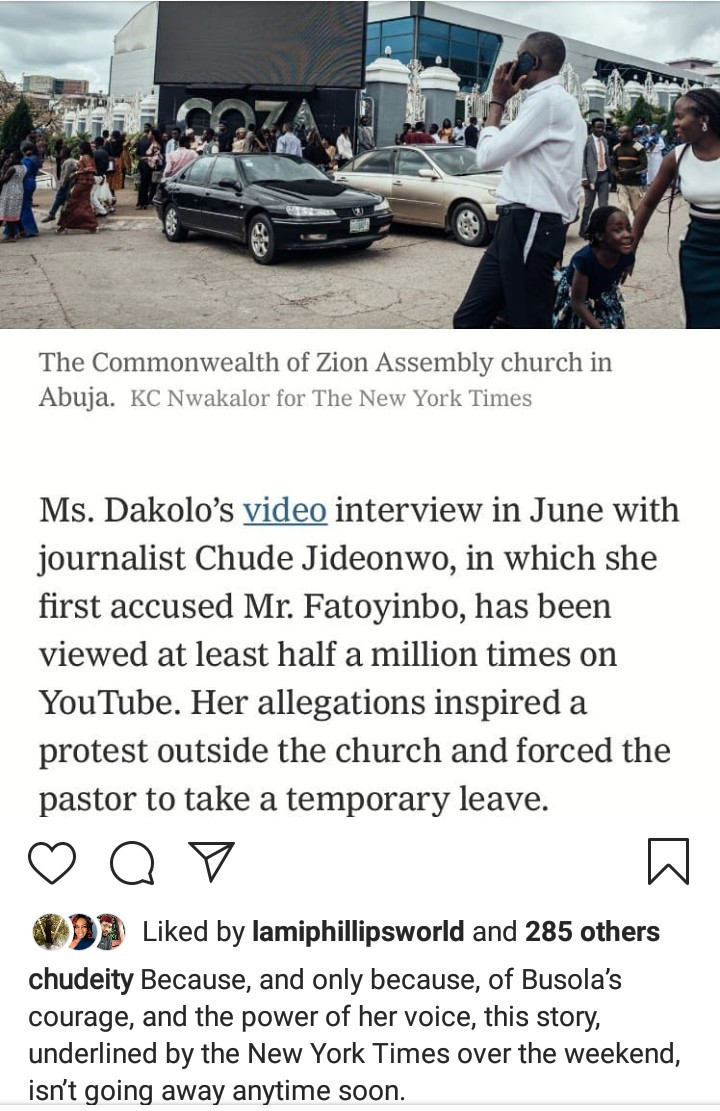 Reacting to Chude’s post, the Angel of My Life singer wrote: “To be very realistic, rape is not seen as a SERIOUS crime in Nigeria.”

“So the victims should remain in silence???” One follower asked.

Another replied: ” So what’s your point sir.”

And Ufoma McDermott spoke up for Pual Dairo by trying to explain what he meant.

See her explanation below. 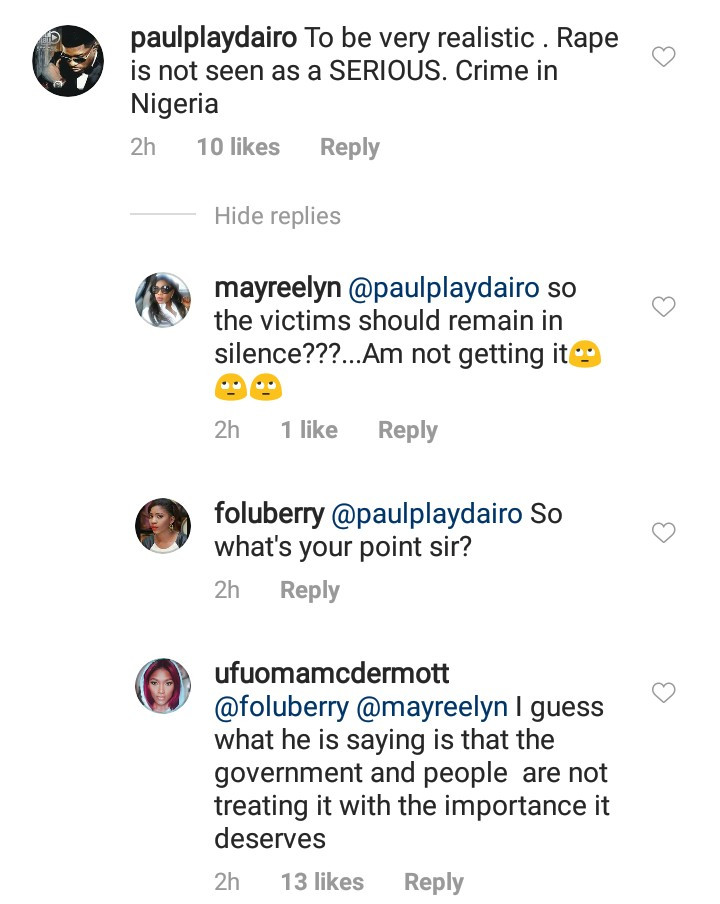 Jude Okoye did his best to help Cynthia...

I should sue Jude Okoye, if he said...

Cynthia Morgan lied and deceived all of you...

I drafted the contract Cynthia Morgan signed, not...

Nobody owes you anything, own up to your...

Watch B Clean New Video on His Special...