#RevolutionNow convener, Omoyele Sowore has reportedly embarked on a hunger strike to protest the violations of his human rights.

Its not clear when he began the hunger strike, but his decision is connected with the fact that the DSS has refused to make his bail process ‘stress free’. 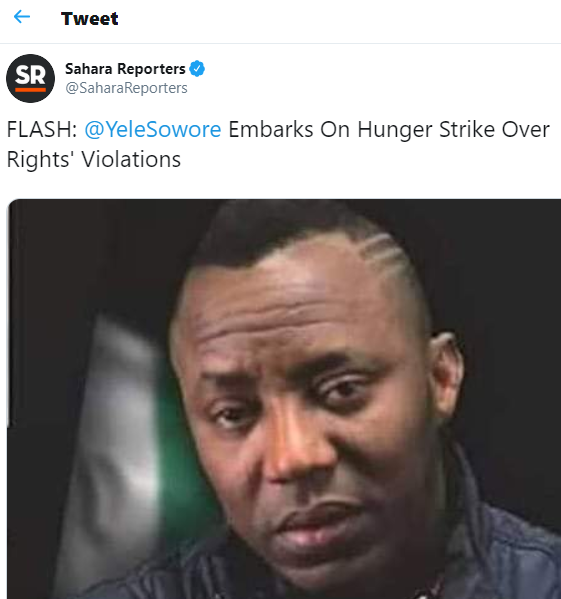 GoFundMe created for the memorial fund of George...

Germany slams Trump over US, WHO break up