A student of Chukwuemeka Odumegwu Ojukwu University (COOU), formerly known as Anambra State University, was rushed to the hospital after she allegedly attempted suicide by drinking a popular pesticide called Sniper.

The lady, whose name has been given as Okafor Chidinma, was supposed to have graduated with the last set but is being held back because of an incident.

She took to Facebook before the act to leave a suicide note of some sort. In the note, she explained why the school is still holding her back from graduating with her mates.

She explained that her HOD invited her for a meeting where she was accused of stealing a book and made to face the school’s disciplinary panel. She was also made to write a statement and replace the book in question.

Yet, she said the school has refused to allow her to graduate after four years of study.

She added in the Facebook suicide post: “I tagged my coursemates mostly because apparently one or two of them is responsible for this.”

She continued: “Okafor Chidinma is out of the way. I hope your life gets better. 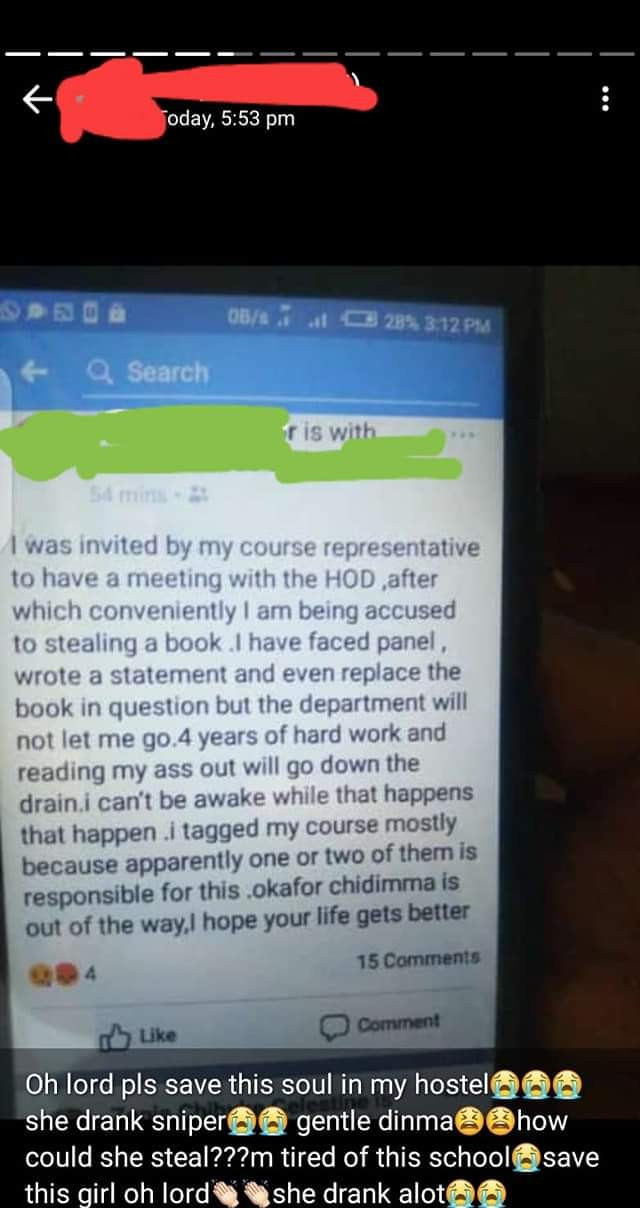 Thankfully, help got to Chidinma shortly after she consumed the substance and she was rushed to the hospital where she is said to be “conscious and in recovery.” 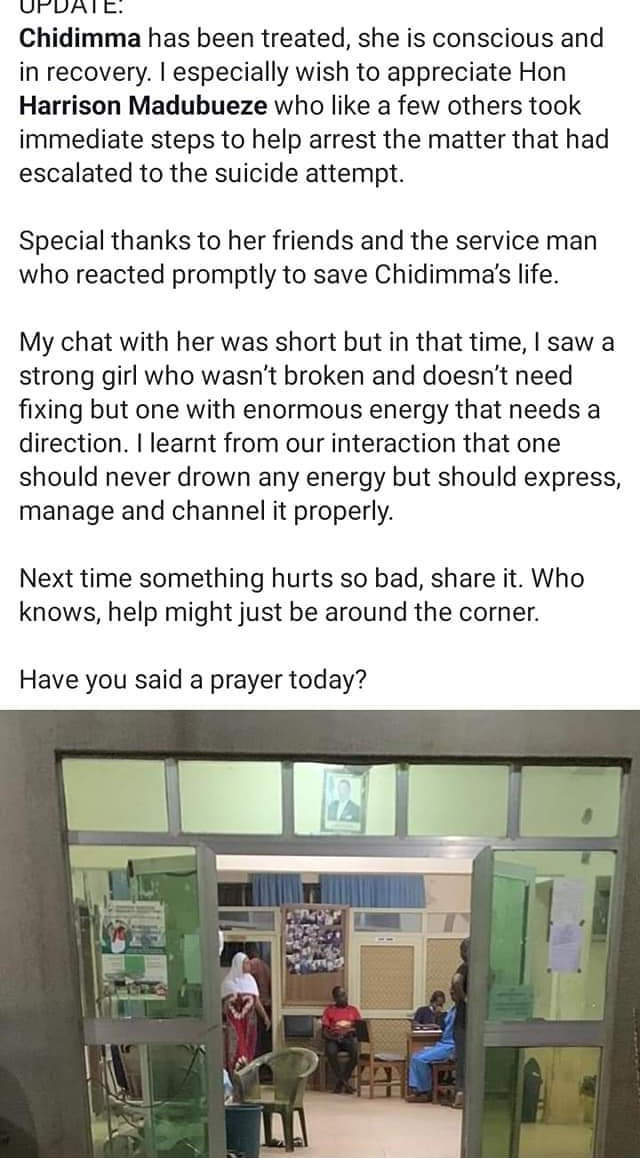 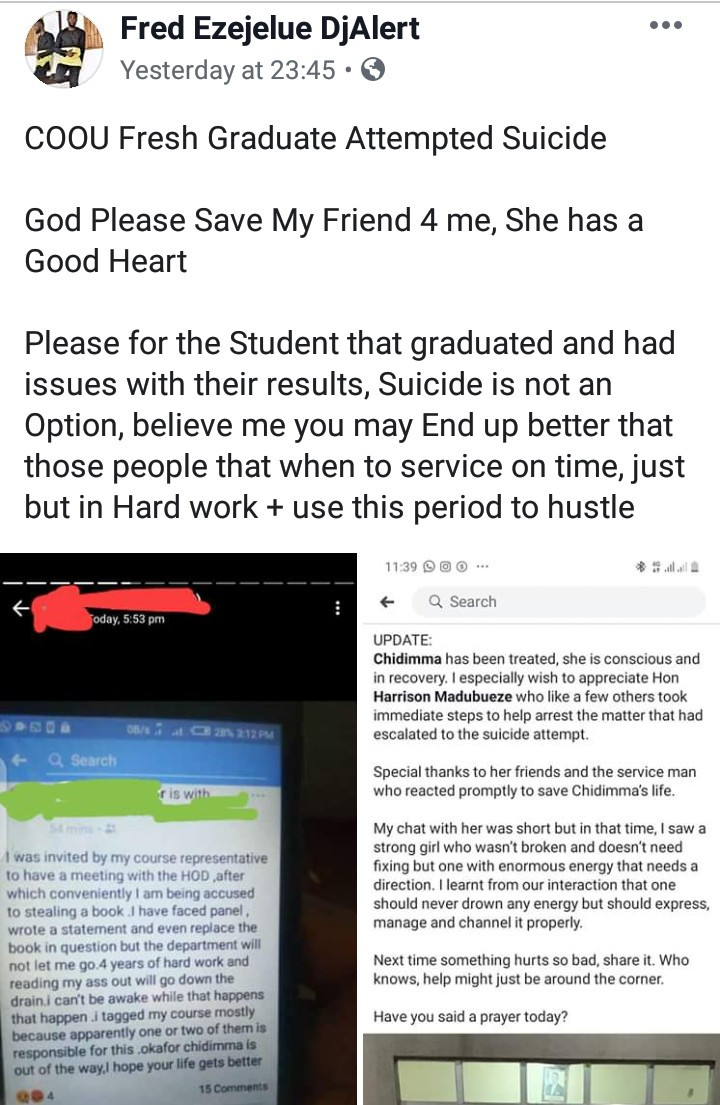