Kamala Harris announced she will retire from the next presidential race next year and Trump made fun of her in reply. However, Kamala hit back at him in a savage way.

Hours ago, Kamala announced that she will be giving up the presidential race, adding that giving up was one of the most difficult things she would have to do.

She tweeted: “To my supporters, it is with deep regret—but also with deep gratitude—that I am suspending my campaign today.  “But I want to be clear with you: I will keep fighting every day for what this campaign has been about. Justice for the People. All the people.” 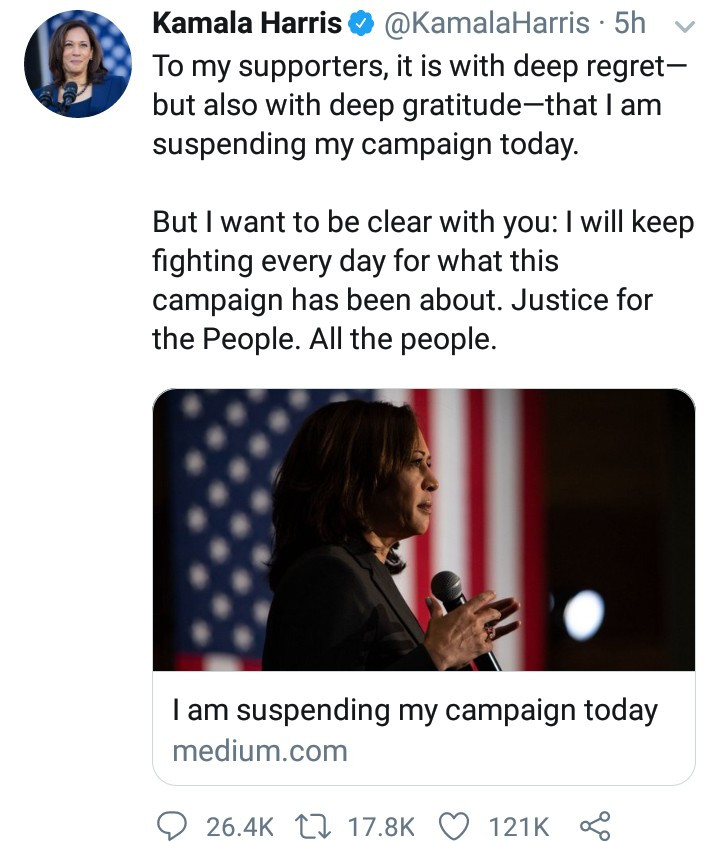 She added: “It has been the honor of my life to be your candidate. We will keep up the fight.”

Trump responded in mock sympathy, writing, “Too bad. We will miss you Kamala!”

But Kamala had the last word as she reminded Donald Trump of his legal problems.

She tweeted: “Don’t worry, Mr. President. I’ll see you at your trial.” 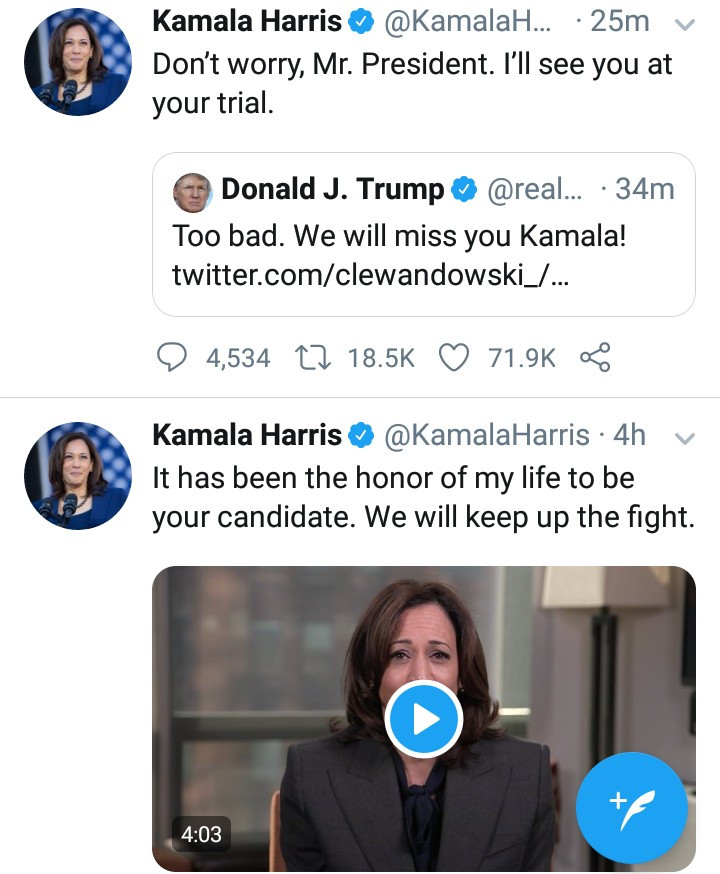