Donald Trump is currently the number one trending topic on World Twitter at  the moment partly due to the events that have happened at the NATO summit  that just concluded in London. 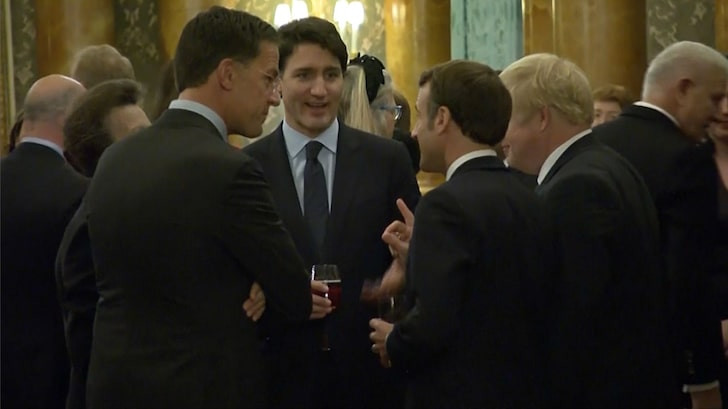 The world leaders didn’t know their hot mic was on (See video and read full story HERE) and
in his closing news conference Wednesday night, Trudeau confirmed that he had been talking about Trump, and said the moment that made “his team’s jaws drop” was when the president announced the location for next year’s Group of Seven summit at Camp David.

“Last night I made a reference to the fact that there was an unscheduled press conference before my meeting with President Trump and I was happy to take part of it but it was certainly notable, and I’ve had a number of good  conversations with the president over the course of this day and  yesterday,” Trudeau said.

Trump has since reacted to the video calling Canada’s Prime Minister a ‘two-faced’ person and said he was only frank when he said countries weren’t paying their due defence payments to NATO.

“Well, he’s two-faced,” Trump said of Trudeau . “And honestly with Trudeau he’s a nice guy, but the truth is I called him out on the fact he’s not paying 2 percent (in military spending) and I guess he’s not happy about it.”

“When today’s meetings are over, I will be heading back to Washington,” Trump tweeted.

“We won’t be doing a press conference at the close of NATO because we did so many over the past two days. Safe travels to all!”

Aisha Buhari breaks her silence as she wishes...

It’s not too much to ask for security,...

Oshiomhole wanted to transform to godfather, derail our...