Breaking News
Download Music: Wizkid – Made In Lagos (Full...
Veteran singer, Prince Morroco Maduka dies at 76
AFCON 2022: NFF releases Super Eagles squad list...
I sincerely apologise for addressing the youths as...
Why US opposed Okonjo-Iweala as consensus candidate for...
He was acting for his political godfathers to...
Ngozi Okonjo-Iweala reacts after the US rejected her...
#EndSARS: You are cancelled – Nigerian celebrities call...
Desmond Elliot just destroyed all the precious childhood...
Governor Sanwo-Olu awards scholarship to children of policemen...
Home Sport China state TV removed Arsenal-Manchester City Sunday game from its schedule after Mesut Ozil criticized China’s treatment of Muslims on social media
Sport

Chinese State TV, CCTV, removed Sunday’s premiere league game between Manchester city and Arsenal from its schedule after Arsenal player, Mesut Ozil took to his Instagram and Twitter handles to criticize China for its alleged handling of Muslim Uighurs.

Uighurs are a minority sect in China who are majorly Muslims and about a million of them and other minorities have allegedly been detained and tortured in high-security camps, according to human-rights activists and the United Nations even though the Chinese government claim they are being de-radicalized from extremist terrorism tendencies there. 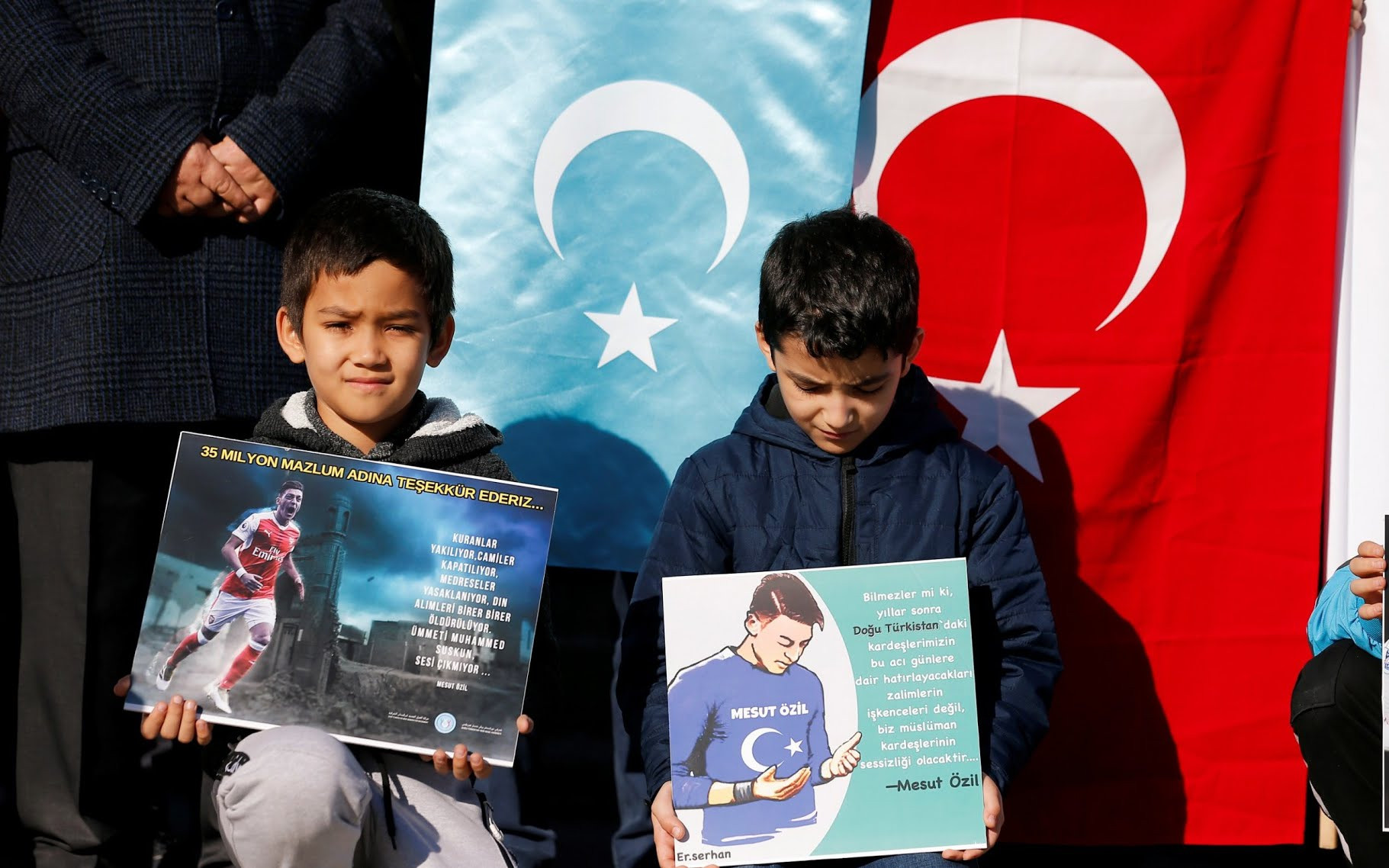 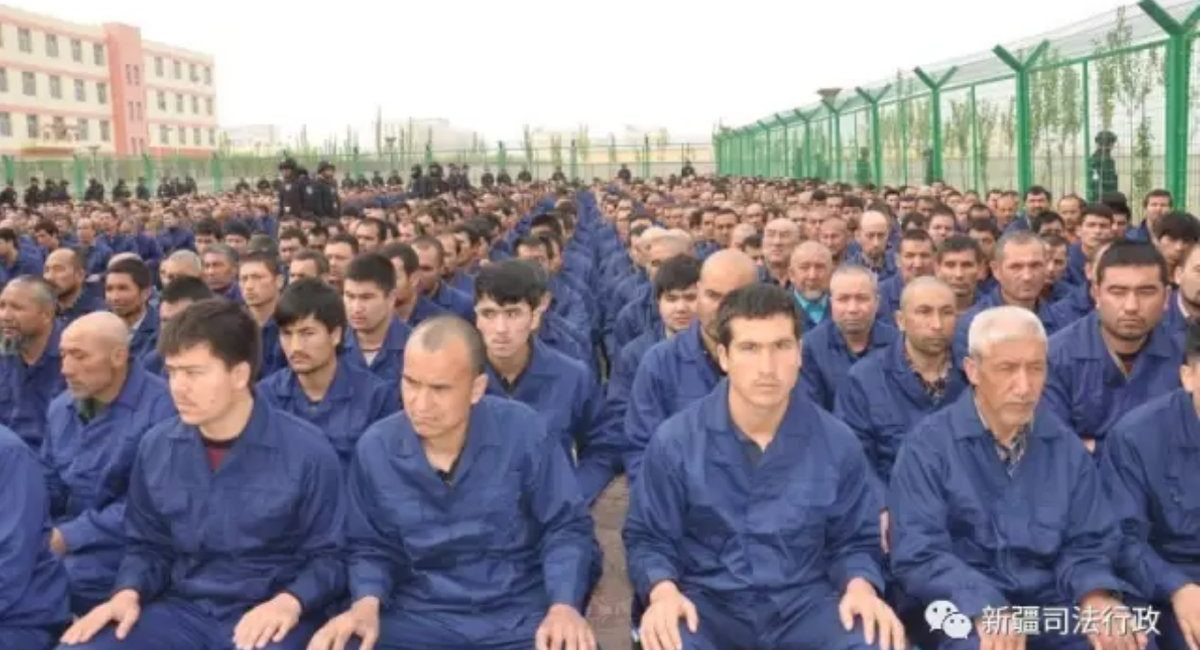 Ozil, a German-Turkish player with strong Islamic roots, Ozil condemned the alleged treatment of Uighur Muslims in China. He took to social media and wrote;

“Qurans are being burnt. Mosques are being shut down. Muslim schools are being banned. Religious scholars are being killed. Brothers are forcefully being sent to camps,”

“The Muslims are silent. Their voice is not heard,” he wrote on a background of a blue field with a white crescent moon, the flag of what Uighur separatists call East Turkestan.

“But Muslims are silent. They won’t make a noise. They have abandoned them. Don’t they know that giving consent for persecution is persecution itself?” 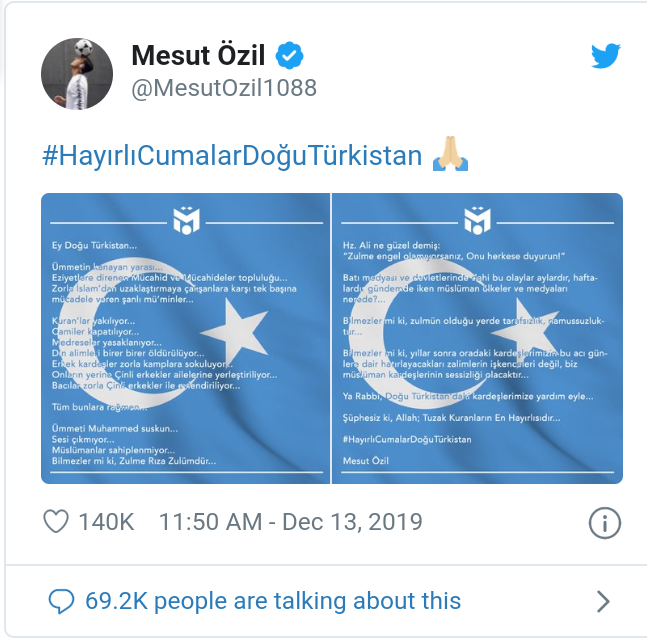 CCTV, after seeing Ozil’s post, then decided to remove the game from its schedule and instead showed the already recorded game between Tottenham and Wolves.

China initially denied the camps existed but now describes them as vocational schools and the Chinese Football Association (CFA) said Özil’s comments were “unacceptable” and “hurt the feelings” of Chinese supporters.

“Özil’s comments are undoubtedly hurtful to the Chinese fans who closely follow him, and at the same time his comments also hurt the feelings of Chinese people. This is something we cannot accept,” government-backed news outlet The Paper reported, quoting an unnamed CFA official.

Arsenal meanwhile have distanced themselves from Ozil’s posts saying his posts were his personal and political belief and does not in any way represent the belief of the club.

“The content he expressed is entirely Ozil’s personal opinion,” the official account of Arsenal Football Club said on Saturday in a post on China’s Twitter-like Weibo platform. “As a football club, Arsenal always adheres to the principle of not being involved in politics.”