Aisha Yesusfu, the co-convener of the Bring Back Our Girls Movement BBOG, is the number one trending topic on Twitter at the moment and this is after she dragged Kaduna state governor, Nasir El-Rufai on the social media space.

Here is how it started. Aisha Yesufu had taken to Twitter to call out the governor following his silence on Hana Buhari, daughter of President Buhari, using the presidential jet for a private function.

Pulling up old tweets of the governor attacking the Goodluck Jonathan administration when it planned to purchase another presidential jet, Aisha yesufu tweeted 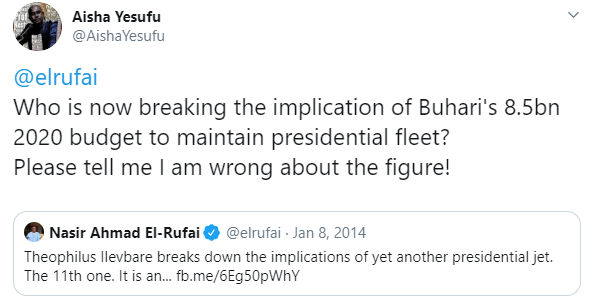 After many hours of not responding to Yesufu’s tweet, a Twitter user drew the governor’s attention to her tweet. In his response, the governor said he doesn’t respond to dimwits who never voted in Kaduna state. According to him, he is not interested in responding to ”publicity/follower-seeking, anonymous and jobless clowns with neither credentials nor address.” 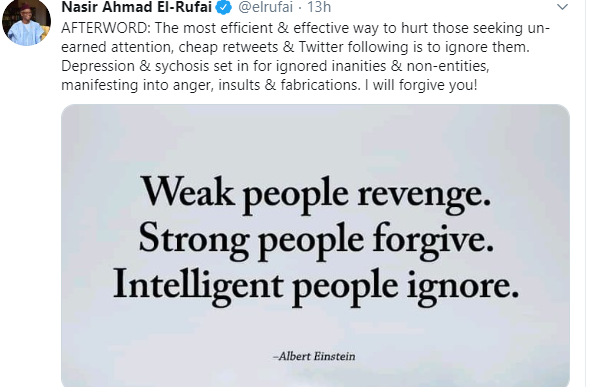 Yesufu saw his tweet and went all out to attack the governor. Digging up old tweets of the governor attacking former president Goodluck Jonathan, Aisha Yesufu vowed to deal with the governor on Twitter street if he thinks he can intimidate her. See her tweets below 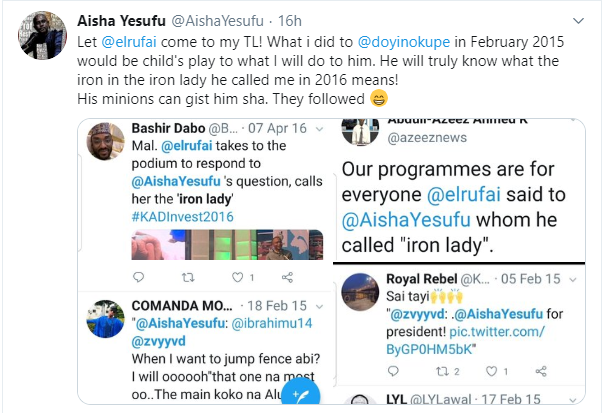 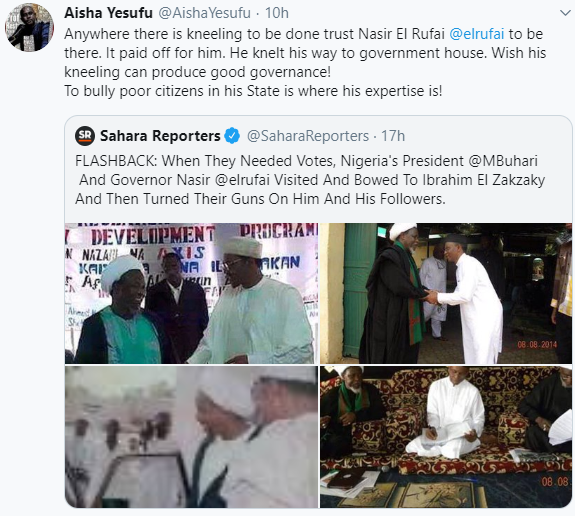 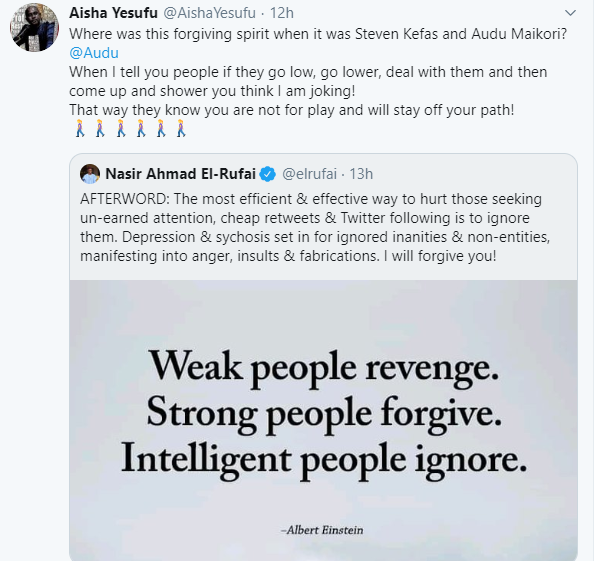 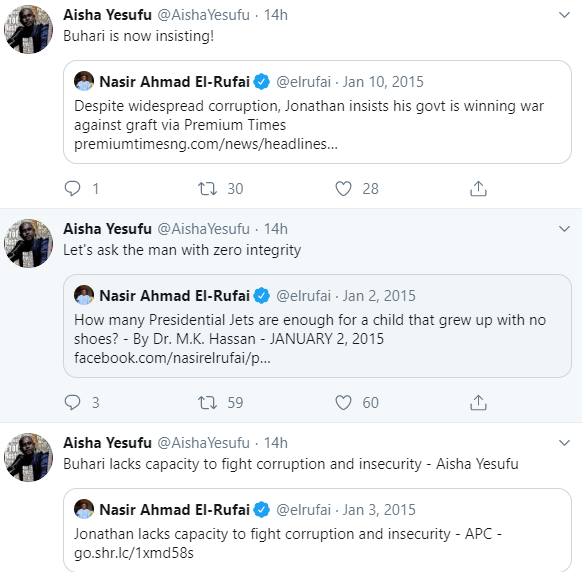 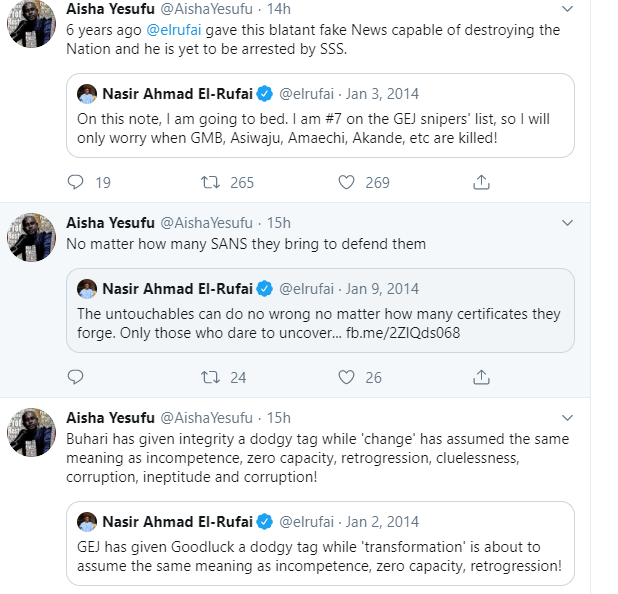 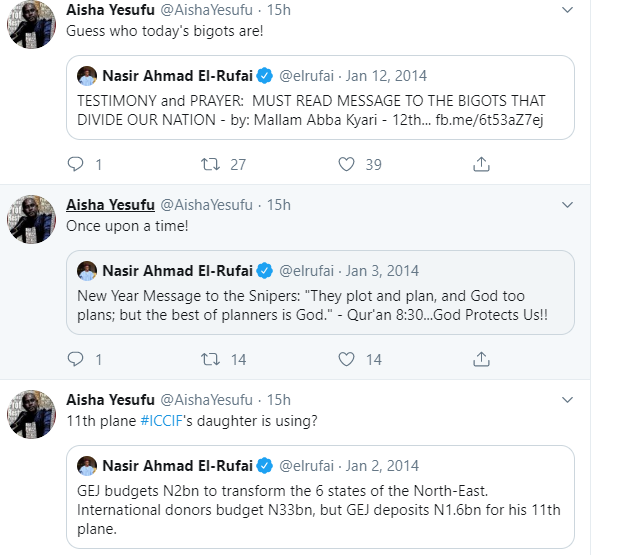 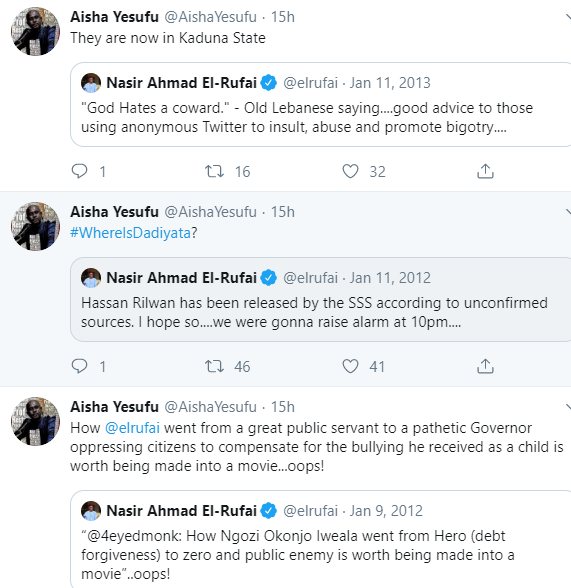 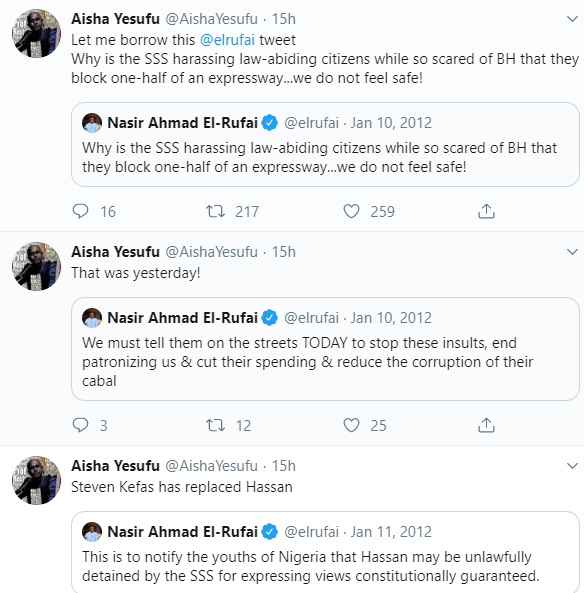 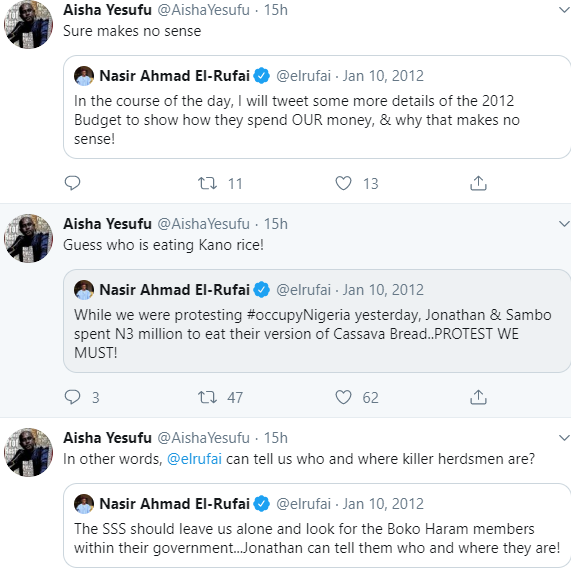 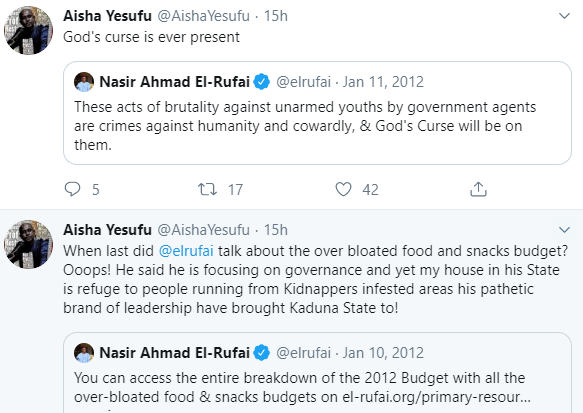 😆😆😆😆🤣🤣🤣🤣🤣🤣
Nasir El Rufai @elrufai that should be seeking forgiveness is forgiving people😳😳
This low life, back stabbing, lies peddler, rumour monger who ranted and raved when he was not in government and knelt his way to being a Governor has mouth to talk.😆😆😆😆🙆‍♀️ https://t.co/gIygIl8slX pic.twitter.com/1bzdPKEvMb

I think Agba Jalingo should be released –...