Quique Setien has been unveiled as the new coach of Barcelona following the sacking of Ernesto Valverde, who was dismissed on Monday.

The former Real Betis manager was presented at Nou Camp on Tuesday, where he faced the media as Barcelona’s new manager for the first time. 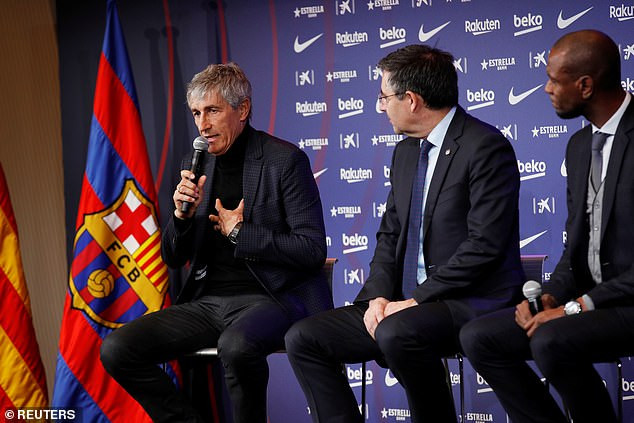 The 61-year-old who signed a contract until June 2022 said: ‘Not in my wildest dreams could I have imagined being here. Yesterday I was walking past the cows in my village, now I’m here training the best players in the world.’

Asked about coaching Lionel Messi, the former Betis and Las Palmas coach added: ‘I have enjoyed the last 12 years sat in front of the television watching him and these players who have made football so enjoyable to watch and it has been every day, every match. 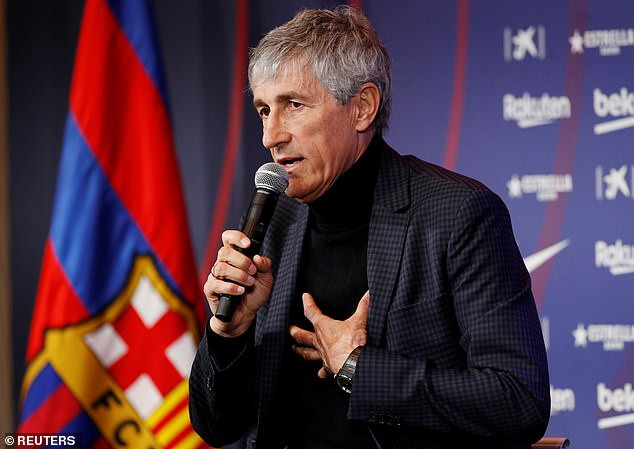 And to now become the coach of the best player in the world I am still not completely conscious of what this means.

‘But we have spoken and one thing is the admiration and another is that now I have a series of players who have to be in their right place. I’m sure it’s going to be a good relationship with all the players.’ 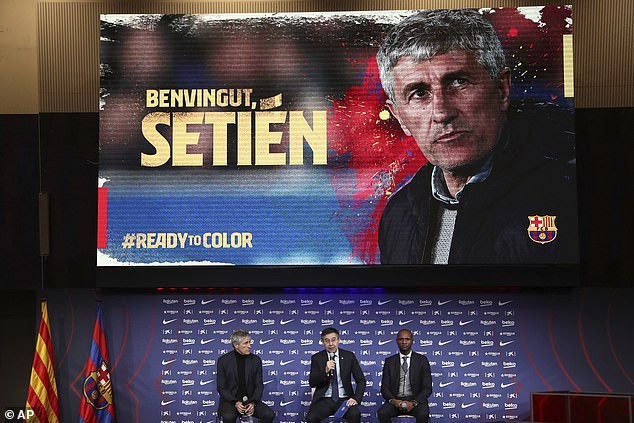 Setien also spoke about his predecessor Ernesto Valverde. ‘I have always had a good relationship with Valverde and I will try to put myself in contact with him,’ he said.

On Setien’s arrival,  Barcelona sporting director Eric Abidal said: ‘I remember from my playing days that to win the Cup or the Champions League the details are important and he [Setien] is always on top of the details.’