Breaking News
Zamfara bandits I met not responsible for school...
“We as APC government have failed Nigerians” Dawisu...
Son of notorious bandit leader, three others surrender...
Beware of fake vaccines, Ehanire warns Nigerians
US to release report fingering Saudi prince in...
JUST IN: Policemen flee as hoodlums set station...
LAUTECH reacts after a sex tape of ‘one...
Joe Biden orders military air strikes in Syria...
We are taking loans for Nigeria’s progress, says...
BREAKING: Gunmen abduct over 300 girls in Zamfara...
Home News Boy with exceptional results denied admission to UNILAG due to an alleged failure to act on WAEC’s part
News

A man has taken to Instagram to share his younger brother’s plight after the boy was denied admission by UNILAG, despite having exceptional results. 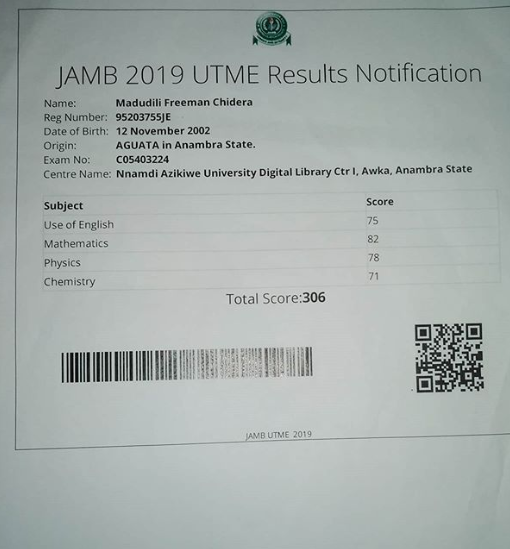 However, before his complete WAEC result came in, his Physics result had been “outstanding”, while the scores for other subjects were stated. 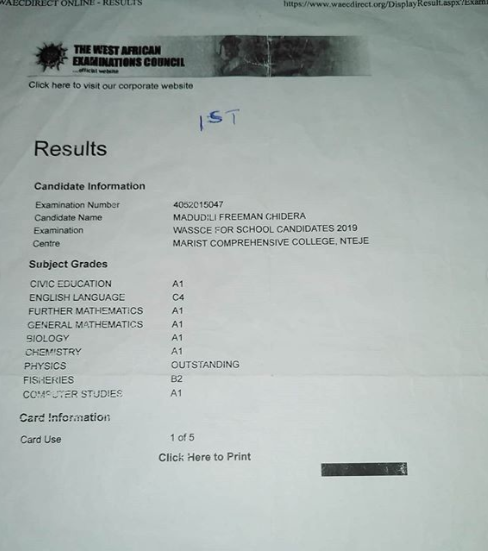 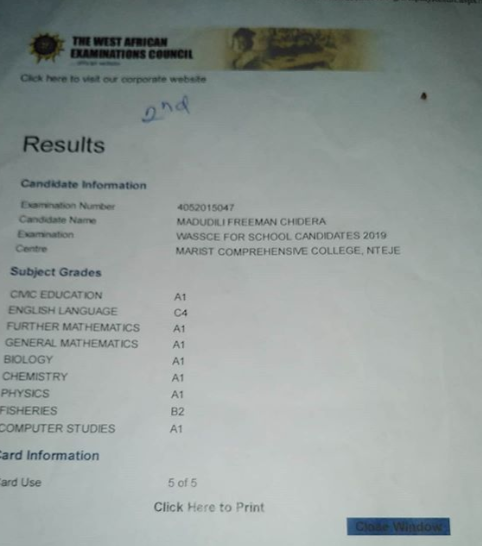 Later, his WAEC result was updated and he had A1 in Physics. But Unilag has reportedly denied him admission because they are waiting for a letter of confirmation from WAEC. 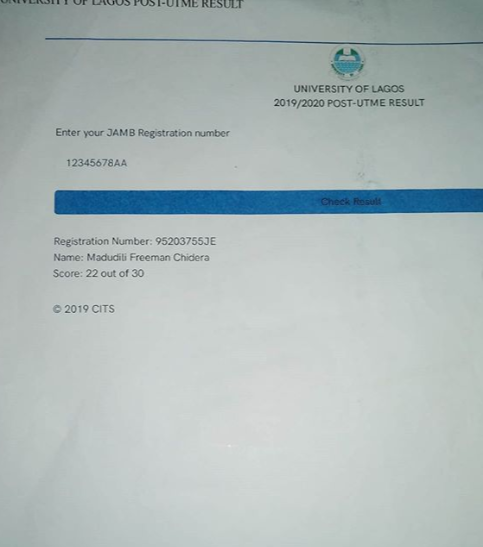 So far, nothing has been done and Chidera is about to miss out on gaining admission this year.

Sharing the news to Instagram, alongside shots of his brother’s results, @iam_Mik1 wrote: “My brother got 306 in UTME and 22/30 in his Post UTME.. 7A1,1B2 and 1C4 in his waec. He wasn’t given admission in UNILAG because his physics waec result was outstanding when the admission started, the physics result came out 2 days later and he scored A1.. His aggregate was higher than the cut off mark for the course he applied for and yet nothing has been done and that was waec fault.. The director of Jamb asked the registrar to write to UNILAG to consider him for his admission considering the fact his waec result came out later and his aggregate passed the cut off.. We have still not heard from them and three admission is almost coming to an end.. The pictures there are all his documents to prove that!!! His first choice of institution is UNILAG!”