‘It’s weird to see racism and tribalism within the same damn race’ – Singer, Di’Ja says as she reacts to Okada ban in Lagos State

Mavin Records singer, Di’Ja, has stated that it is weird to see ”racism and tribalism” within the same race while reacting to Okada ban in Lagos State.

In a series of tweets posted to her Twitter page, the mother of three condemned Governor Babajide Sanwo-Olu’s decision to restrict motorcycles in several parts of Lagos state and urged him to lift the ban.

See her tweets below. 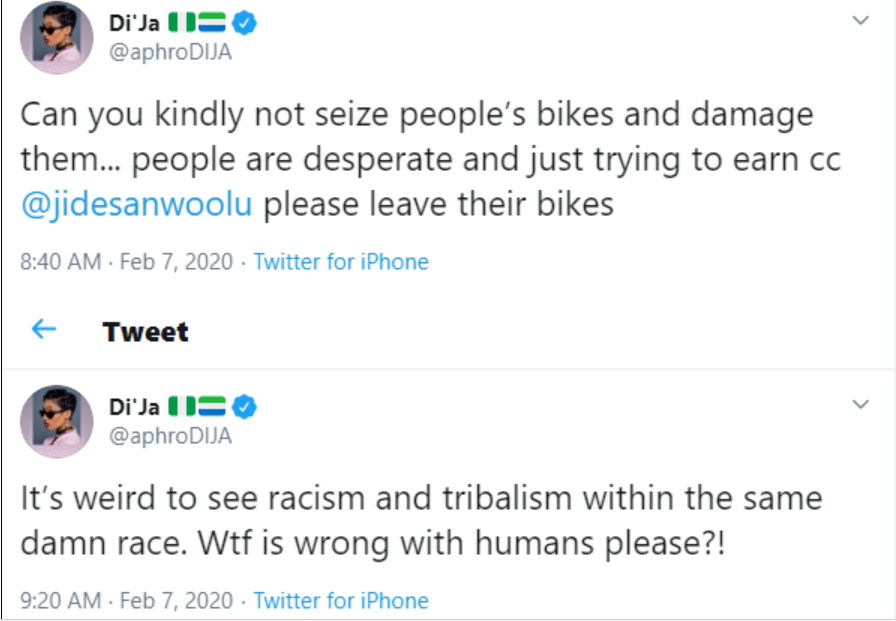 Looting will have negative effects on economy –...

We are doing our best to serve you...

Why we haven’t called off strike –ASUU

NEC panel to meet with youths on jobs,...