Breaking News
#EndSARS: Activists restrategise, issue fresh demands to government
#EndSARS protests: Waste not the crisis
Update: Police release 11-year-old boy arrested over his...
We are ready to show Lekki shootings footage...
Lagos government relaxes curfew from 10pm to 6am
Soldiers stop Lagos judicial panel from accessing military...
Lekki shooting: ‘I hope I’m not going to...
Lagos Judicial Panel of Inquiry visit Lekki tollgate,...
Nigeria’s power generation reaches historic 5,459MW
We the ‘children’ will not shut up or...
Home News Kind-hearted woman discovers she has a hole in her heart when she volunteered to donate a kidney to a stranger. Now she needs help to stay alive
News

Kind-hearted woman discovers she has a hole in her heart when she volunteered to donate a kidney to a stranger. Now she needs help to stay alive

A Nigerian woman is urgently in need of surgery to stay alive after she volunteered to donate her kidney to a stranger only to discover that she has a hole in her heart.

Pearl Imabong Ansa took pity on a man she met on Facebook who was urgently in need of a kidney. She offered to help and went to the hospital to carry out the tests that will determine if she’s a match. 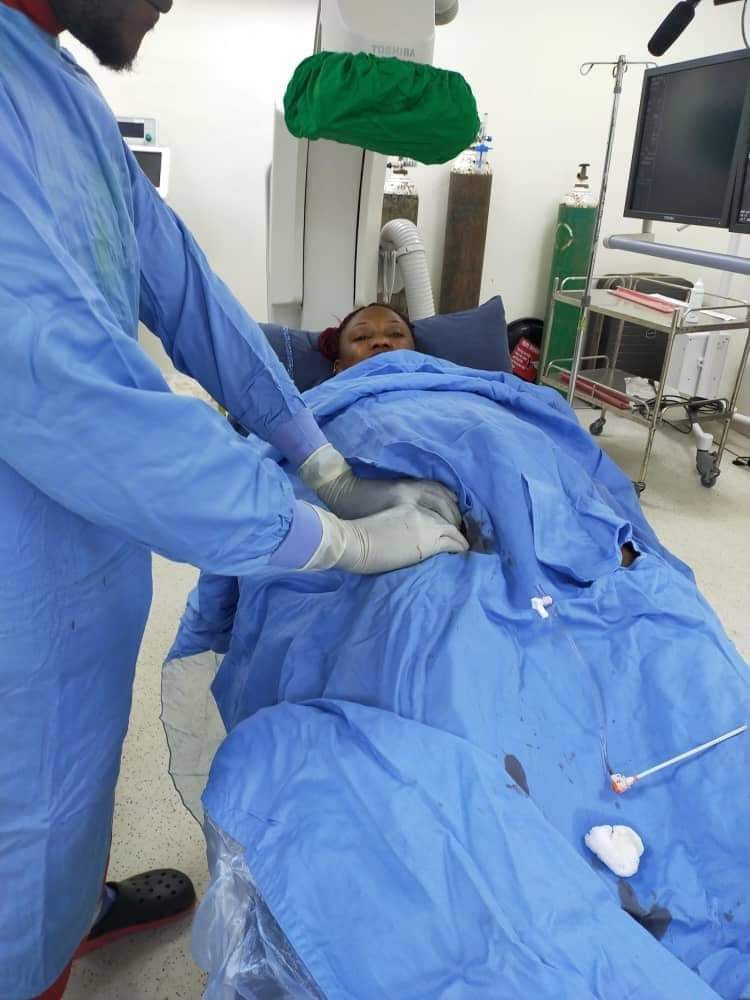 During the test, the doctor dropped a bombshell. She was told that she’s suffering from a congenital heart defect known as Atrial Septal Defect, ASD,  and as a result, she is in no condition to donate a kidney. 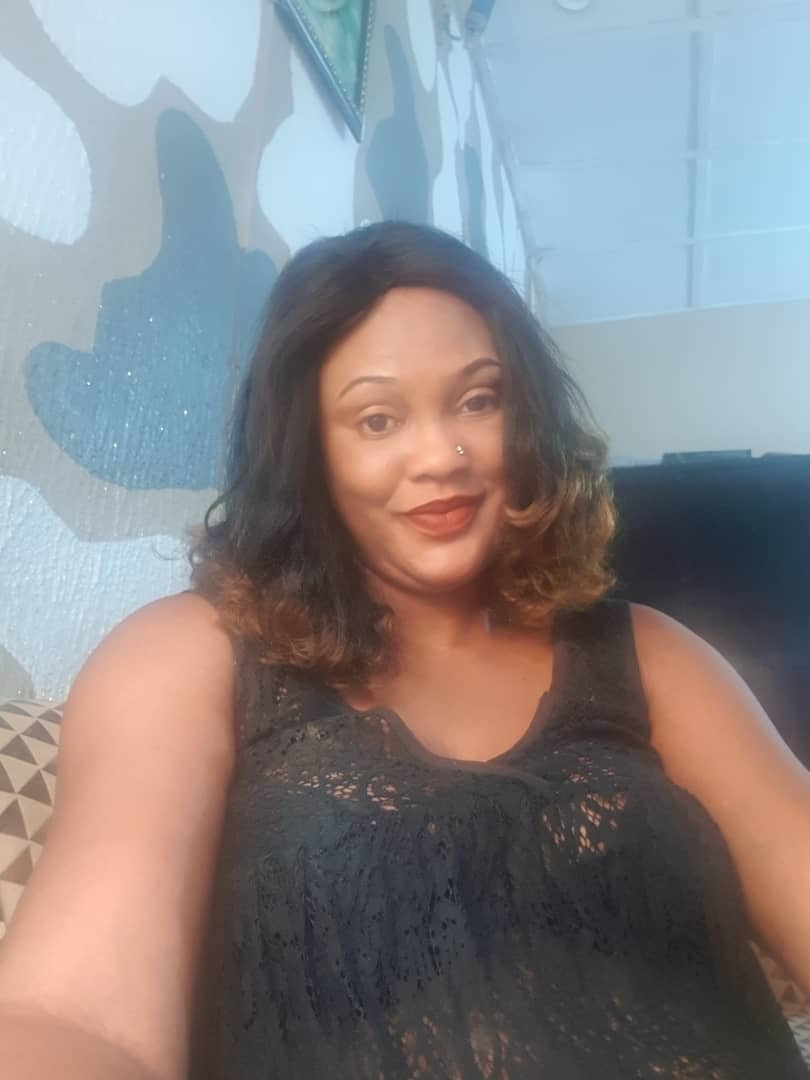 The 38-year-old mother-of-three needs about 8 million Naira to undergo a surgery that’ll save her life and they’ve reached out via Facebook for help since it’s urgent. 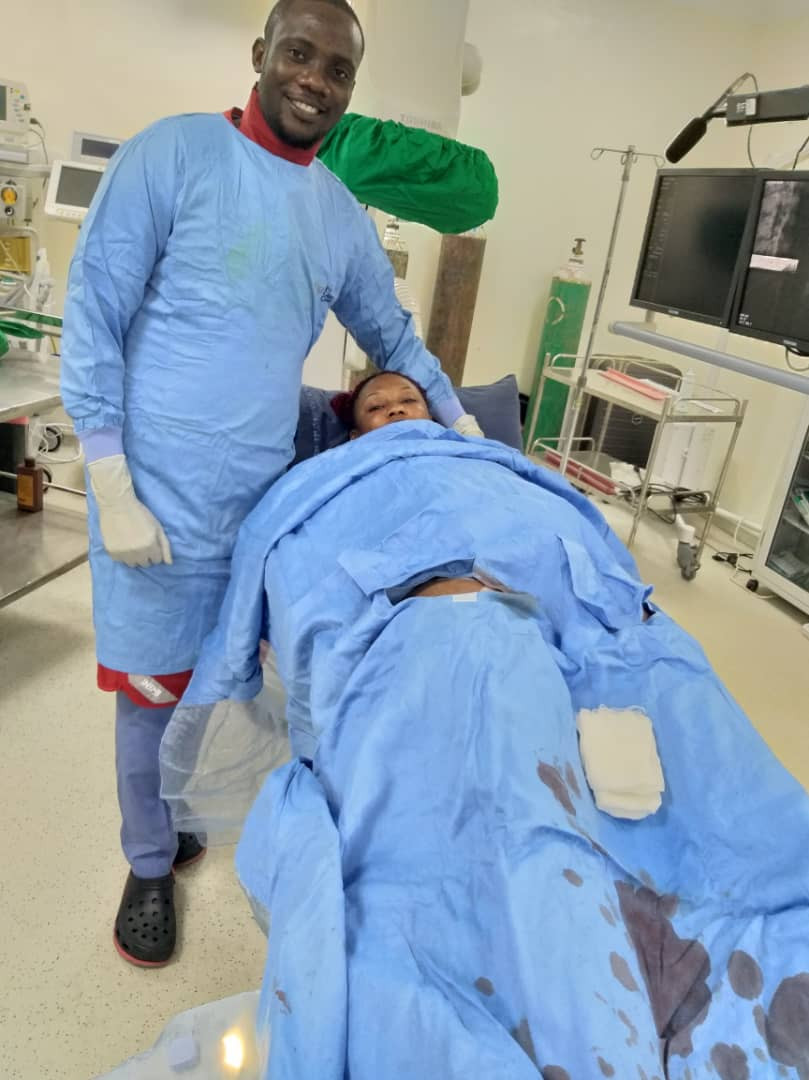 I have chosen to call her a hero. Not because of her heroics. It is because of a decision she made.

Pearl Imabong Ansa took a bold step to donate her kidney to a desperate ailing man she didn’t know. But now, she is in a fierce battle to save her own life.

Ansa’s journey to her current gloomy condition is almost a brainwister.

A Facebook enthusiast, she had requested and accepted many friends randomly on the global social media.

One of the people she accepted their friendship without any attention is a man called Femi (surname withheld). The 38 year old English Literature graduate of Lagos State University, LASU, however received a text on a certain day from this Femi that jolted her. It was in January 2019.

Femi’s message to Ansa was a passionate appeal for help. He had been diagnosed with an end-stage kidney disease. He needs kidney transplantation desperately. He has raised the money for the expected bill. But the problem is a donor, the messiah God would send to donate the kidney. He wants Ansa to be this messiah.

But life is an endless twister. And so today, Ansa who set out to be a messiah is looking more like a would-be martyr unless help comes, urgently.

Indeed, Ansa on seeing Femi’s request gave it only a scant attention. “It is crazy. How could you ask someone you don’t know, just a friend on Facebook to donate her kidney to you”, she had said.

But more than two weeks after, Femi was still intruding into her daily life and living. “Everytime I go through my Facebook, I see something about him”.

From initially dismissing the message, Ansa gradually began to get worried. If she could help save a life, why would she shirk such a timeless call of hope, she thought.

There was however a red flag that Femi’s request raises immediately on her mind that impedes her leaning towards this greatest demonstration of love. In her words, “I’ve read stories of women whose organs have been tampered with in situations like this, women killed by dangerous men using this as a camouflage.  Some of them could just be a set-up, a scam.”

But all her fears could neither blur nor blot the picture of a distressed Femi on her mind. She soon transited from being worried to feeling guilty. Then, almost defiant of any creepy feelings, she picked her phone and called the man. Sadly the ‘cup’ hadn’t passed away. She seemed destined to drink of it. Femi’s voice was an omen of death. So, she called him for a meeting, “at least to see him physically and be sure I was not speaking with an apparition”, she said with a subdued chuckle.

A mother of three boys, Ansa met with Femi in her house. She listened as the man told her tales of his struggle. How much he had spent on getting donors but the kidneys failing to match. He had run out of money and running out of breath. Ansa became convinced that this was God’s call on her to save one life. “I told him there and then that I will do it”, she said, “ free of charge”.

As Femi left, she became a bit scared. Then she went on knees. For every major decision she will always first and foremost take it to God. This time was not different. She got a silent assurance that her cause was saintly.

On February 25, 2019, Ansa landed at Saint Nicholas Hospital, Lagos with Femi. And the procedure began in ernest. For three weeks she kept going to the hospital for various screenings to ensure that she was capable of donating her kidney and importantly that her kidney is suitable for the ailing Femi.

Alas, just when everything looked positive, the doctors unearthed a shocker. And the verdict was emphatic. Ansa can’t donate her kidney. Even she is a walking ailment. She is suffering from congenital heart disease, commonly known as Hole in the Heart. And she has carried this from birth, 38 years! It is called Atrial Septal Defect, ASD. Indeed, it is a condition that is often present at birth. The hole increases the amount of blood that flows through the lungs and a long-standing atrial defect can damage both the lungs and the heart.

This marked a turning point in Ansa’s life. From going to save a life, she now battles to save her own life.

The doctors say surgery is necessary to repair the atrial septal defects to prevent complications. Pearl Imabong Asuquo needs N8million for this surgery and treatment. And she doesn’t have it.

Now, almost a year since the diagnosis, her condition demands a desperate action. Doctors say she doesn’t have much time left on this side unless a messiah arrives.

Money, N8million is the poser here. And Ansa does not have the answer. But she has a big heart. That’s why she offered to make that sacrifice. She is a hero. She needs you. Desperately.