Breaking News
Sanwo-Olu declares 24-hour curfew in Lagos
Pro-SARS supporter caught on tape admitting he was...
FCT security agents, thugs attack protesters, Lagos, others...
Be prepared to pay for damages caused as...
Austin Eguavoen to be appointed manager of top...
Ooni, Obasanjo meet over #EndSARS agitation
You have made your point, allow government to...
Lagos state government shuts down schools over #ENDSARS...
Soldiers take over scene of planned #EndSARS protest...
#EndSARS: Join the movement for a better Nigeria...
Home News Katsina government shuts down healing home where concoctions are made from writings within the Qur’an (photos)
News

A healing home where concoctions are made from writings within the Holy Qur’an has been shut down by the Katsina state government.

Governor Aminu Masari gave the order during an unscheduled stop-over at the traditional healing center in Tashar Wali area of Dutsi Local Government Council of Katsina state. Masari who went round the home which he said was not properly and hygienically kept, also disclosed that he was stunned at the stench from some of the rooms. 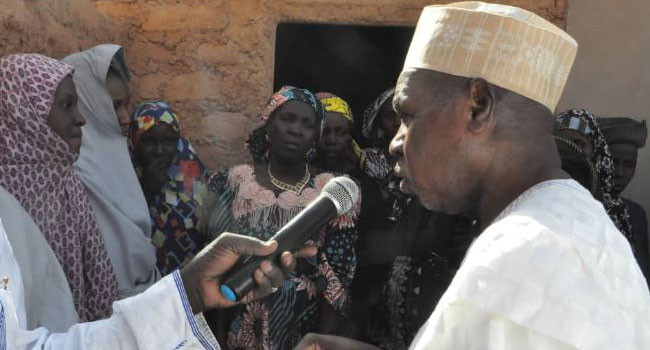 He directed the state commissioner for local government and chieftaincy Affairs, Ya’u Gwojo-Gwojo to immediately summon the Head of Administration including the District Head of the affected LGA to ascertain the claims by the traditional healer, Sada Salihu that the local authorities were aware of his operations at the healing home. 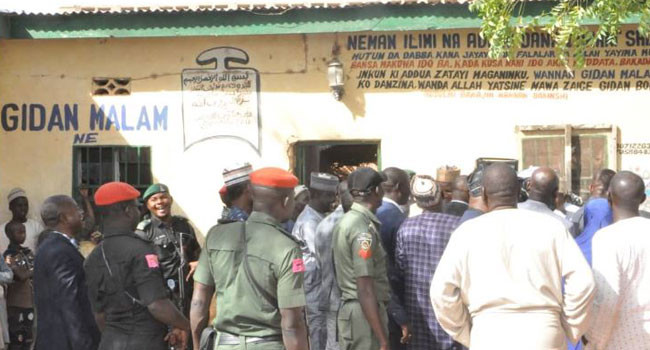 On his own part, the owner of the healing home said the odour coming from some rooms in the building are from concoctions he made from writings within the Holy Qur’an. He said the potion is used to wash bodies to heal infirmities, while sometimes customers, mostly women are asked to drink it for healing purposes.

The Governor however insisted on a shutting down the facility which he said could leave unsuspecting clients with various ailments.

Chiwetalu Agu reacts to rumour of being ‘dead, sick and in need of money’

Pro-SARS supporter caught on tape admitting he was...

Be prepared to pay for damages caused as...

Austin Eguavoen to be appointed manager of top...

You have made your point, allow government to...