Dele Momodu, Shehu Sani, others react to the removal of Sanusi as Emir of Kano

Nigerians on social media are reacting to the removal of former Central Bank of Nigeria governor, Muhammad Sabusi II as Emir of Kano.

I hope now that GOVERNOR GANDUJE and his co-conspirators have taken their pound of flesh by dethroning the Emir of Kano, their eyes will clear and see later that their own power too is transient! No matter the sins of Emir Sanusi, he is one of the finest citizens of Nigeria. Allah Akbar!”

Senator Shehu Sani while reacting to the dethronement of the monarch, wrote

The removal of Emir Sanusi represents the incompatibility of the crown and conscience, the consequences of dissent against established norms and the heavy price of holding principles in our North. It also revealed the intolerance and toxicity of the liquor of power.”

Read the reactions as posted on social media below… 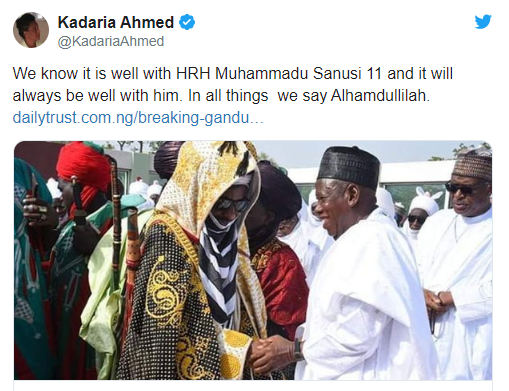 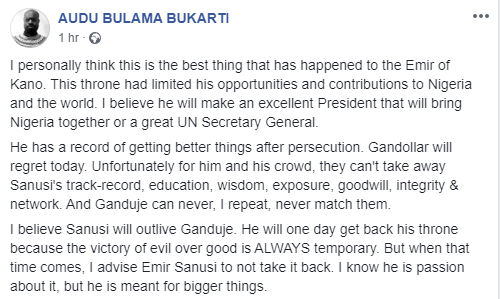 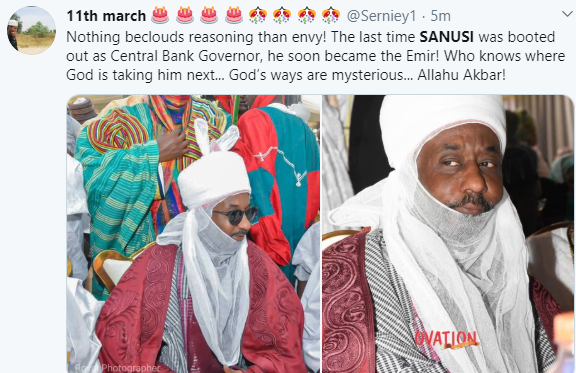 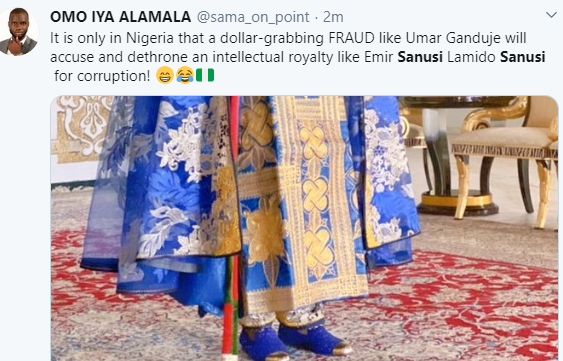