”Don’t @ me”- Gov Ganduje’s daughter, Fatima Ajimobi writes as Nigerians storm her IG page to attack her after her father dethroned Emir of Kano

Kano state governor, Abdullahi Ganduje’s daughter, Fatima, has asked that people should stop mentioning her handle on social media after some Nigerians stormed her page to attack her following Sanusi’s dethronement.

Governor Ganduje on Monday March 9th, removed Muhammad Sanusi II as the Emir of Kano. This came as a shock to many Nigerians. They took to various social media platforms to express disappointment over the dethronement of the former Emir.Fatima who is one of the daughters of the governor, is married to Idris Ajimobi, son of former Oyo state governor, Abiola Ajimobi.

See the comments some Nigerians left on Fatima’s page below. 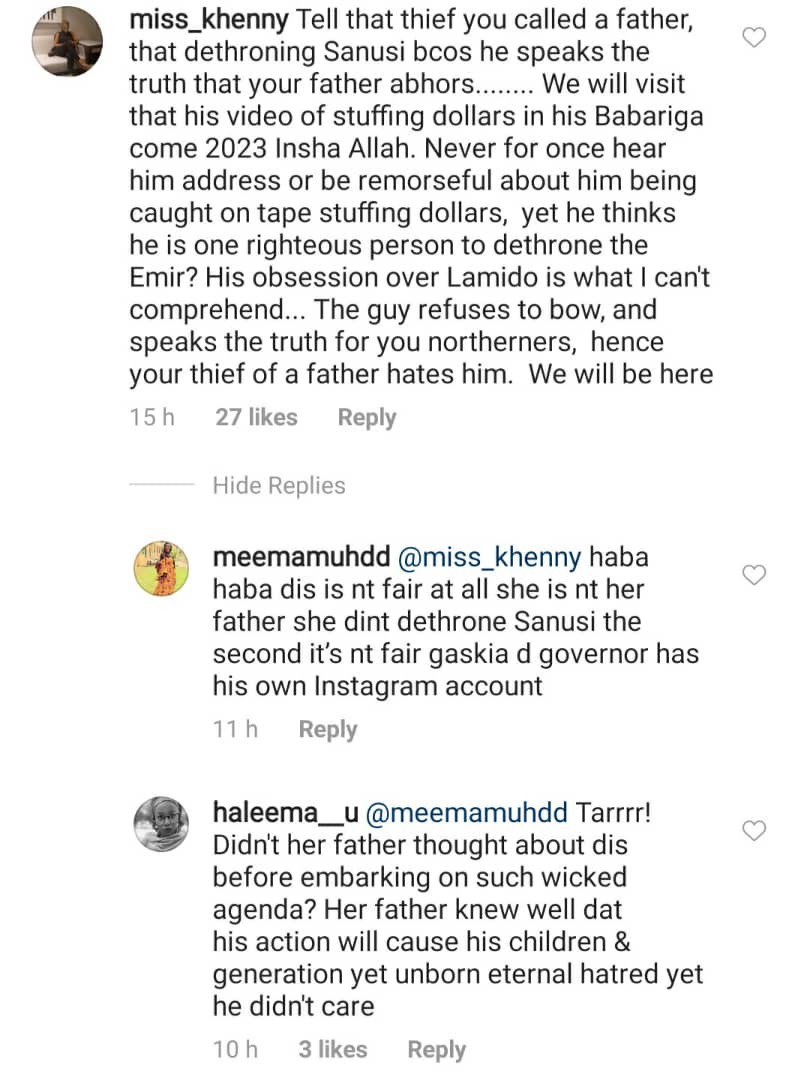 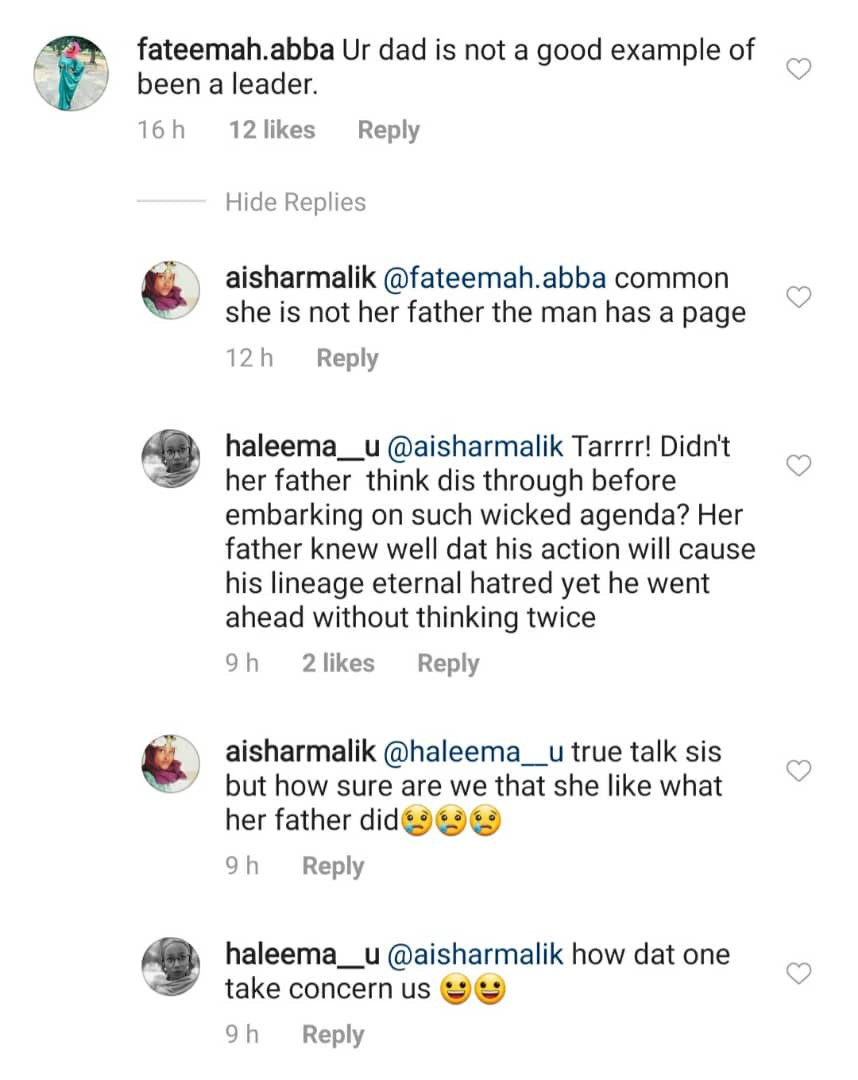