Nigerian star footballer, Odion Ighalo has been nominated for the Manchetser United player of the month award, his very first nomination since joining the club in the January transfer deadline day. 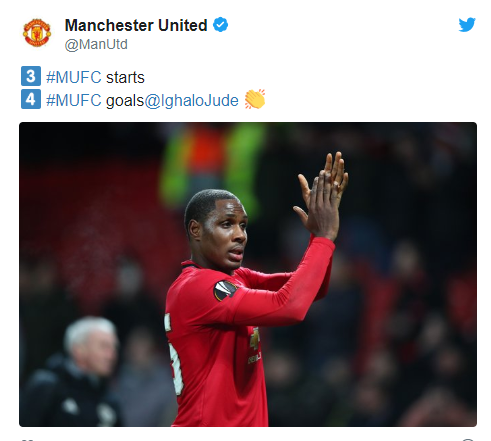 In March, Ighalo scored three goals in four starts for Manchester United. The goals include a brace in their 3-0 win over Derby County in the FA Cup.
Ighalo also produced a man-of-the-match display against LASK where he scored a goal and provided an assist in their Europa League clash last week.

We do not want to be slapped – Kate Henshaw calls out AGN President, Emeka Rollas after Senator Abbo is made a patron

Organizers of AMVCA are Yorubas, they did not recognize pillars of Nollywood – Actor Zubby Michael