Jigawa state government has declared two weeks “stay at home work” operation by all the categories of civil servants starting from today Wednesday.

This was announced in a joint press briefing held on Tuesday shortly after the executive council meeting at government house Dutse, by the commissioner of Health, Dr Abba Zakari and Head of civil service, Alhaji Hussein Killa.

The Head of Service said the action is neccesary to curb the menace of COVID19 which become pandemic world wide. 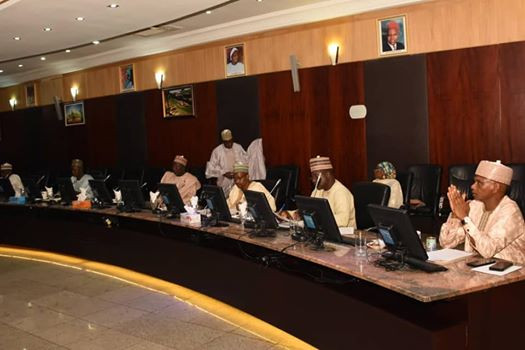 He said the order include all ministries and agencies, apart from the ministries of Health, Finance, Water resources as well as pension and salary.

According to the commissioner of Health, Dr Abba Zakari that all government functions and social gatherings including weddings and viewing centres are also closed down immediately.

He further explained that hand-washing facilities were provided for people entering motor parks and market places.

“Anybody observe caughing at the motor park should not be allowed to travel with other passengers in the same vehicle, our attention must be drawn to such a person”, he warned.

He said the state executive council meeting has approved the use of the council of Ulamah and tradition rulers to enlighten the public on the need to take precautionary measures on the COVID19.