The State Commissioner for Agriculture, Prince Gbolahan Lawal, made the clarification in Lagos today, explaining that an SMS from the Lagos State Residents Registration Agency (LASRRA) was sent to the aged asking them to reply with a “YES”, “FOOD YES” or “SWITCH YES” if their registered home address with the Agency remains valid. 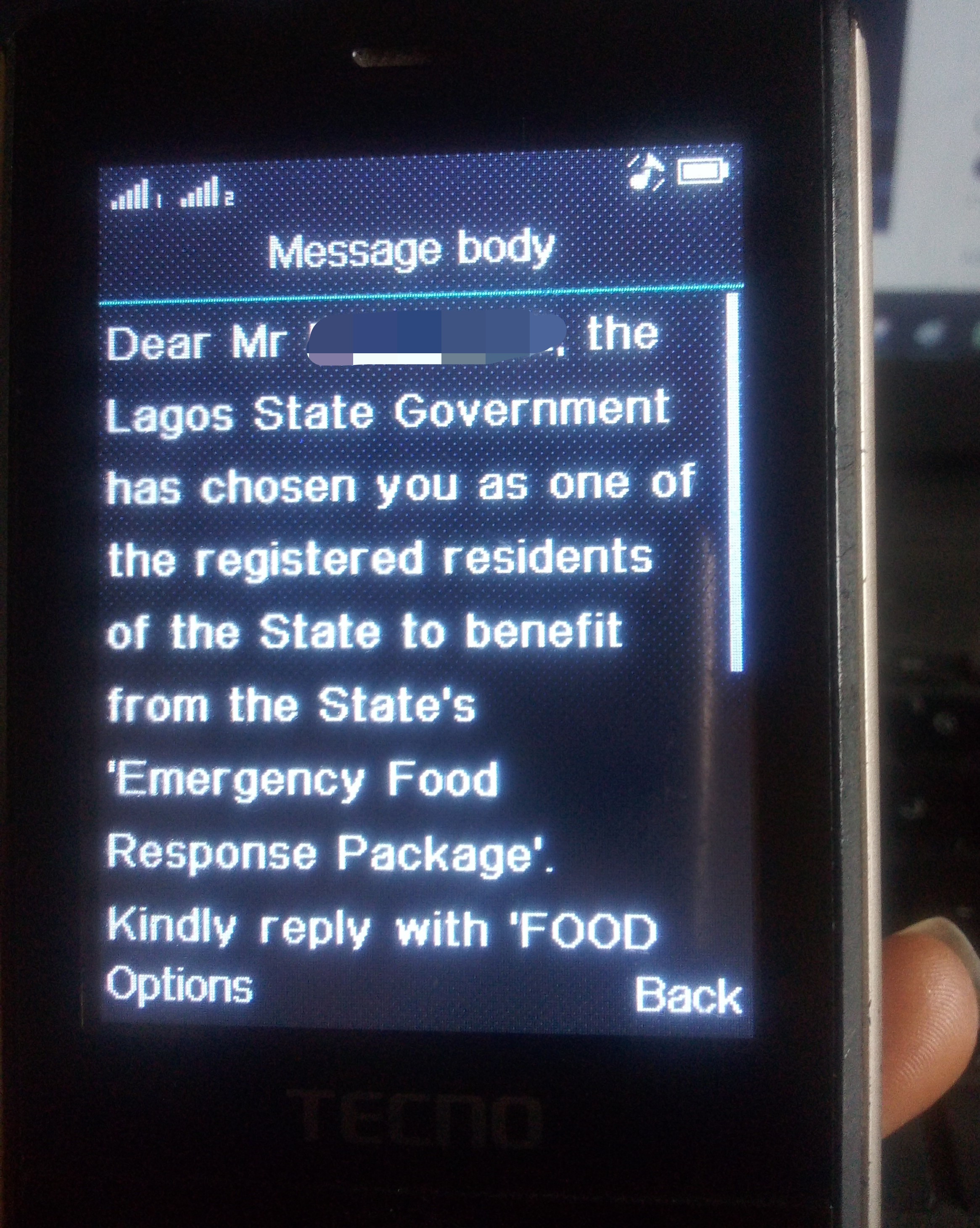 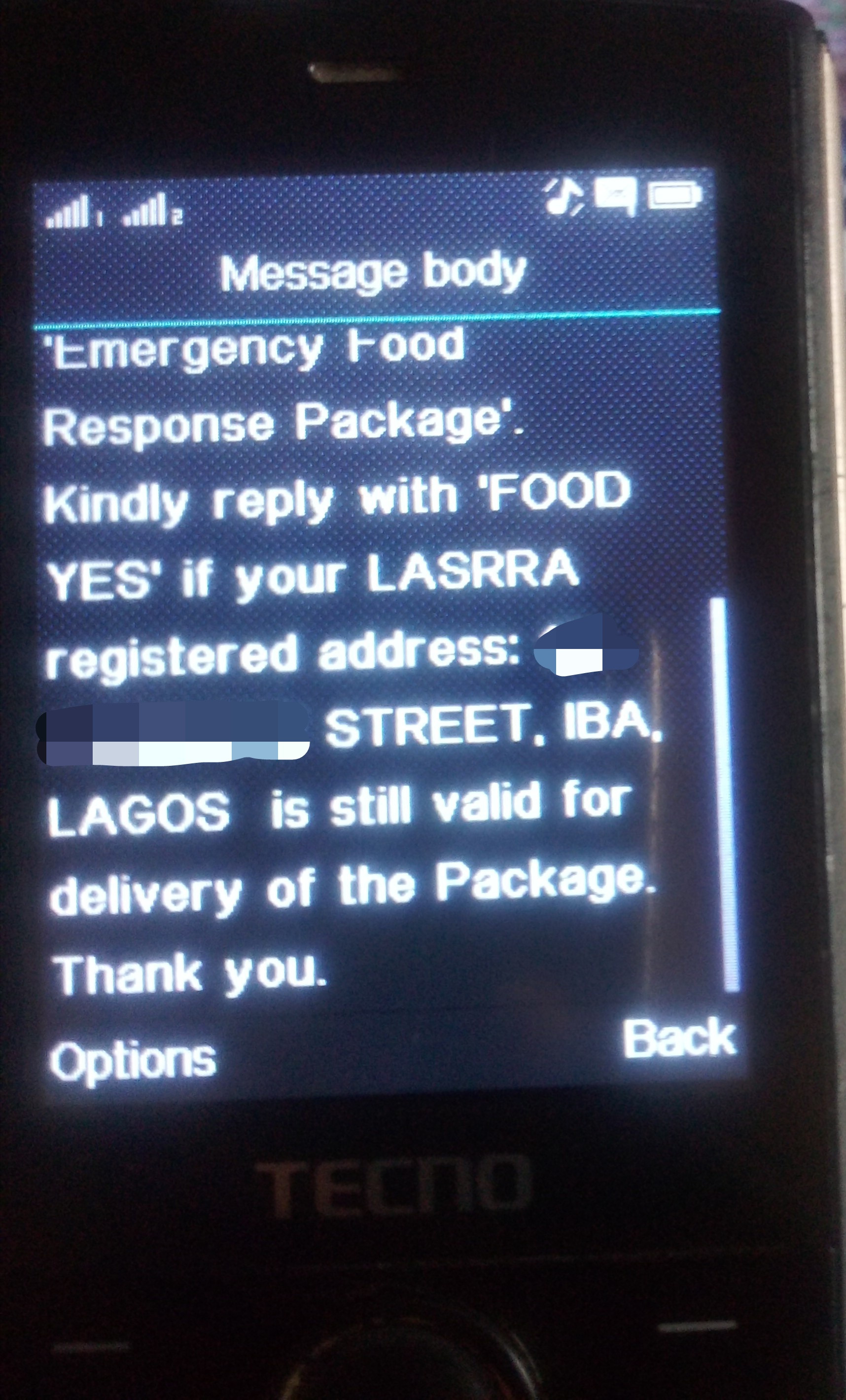 Lawal noted that the Ministry of Agriculture, in collaboration with the Lagos State Residents Registration Agency (LASRRA), devised the initiative to ensure fairness and evenness in the distribution of the stimulus packages, just as he emphasised that Lagos residents duly registered with LASRRA will access similar social benefits in the future.

He, therefore, urged recipients of the SMS to respond promptly before noon on Tuesday, March 31st 2020, disclosing that responses will be collated and beneficiaries will start to receive stimulus food packages from the State Government. 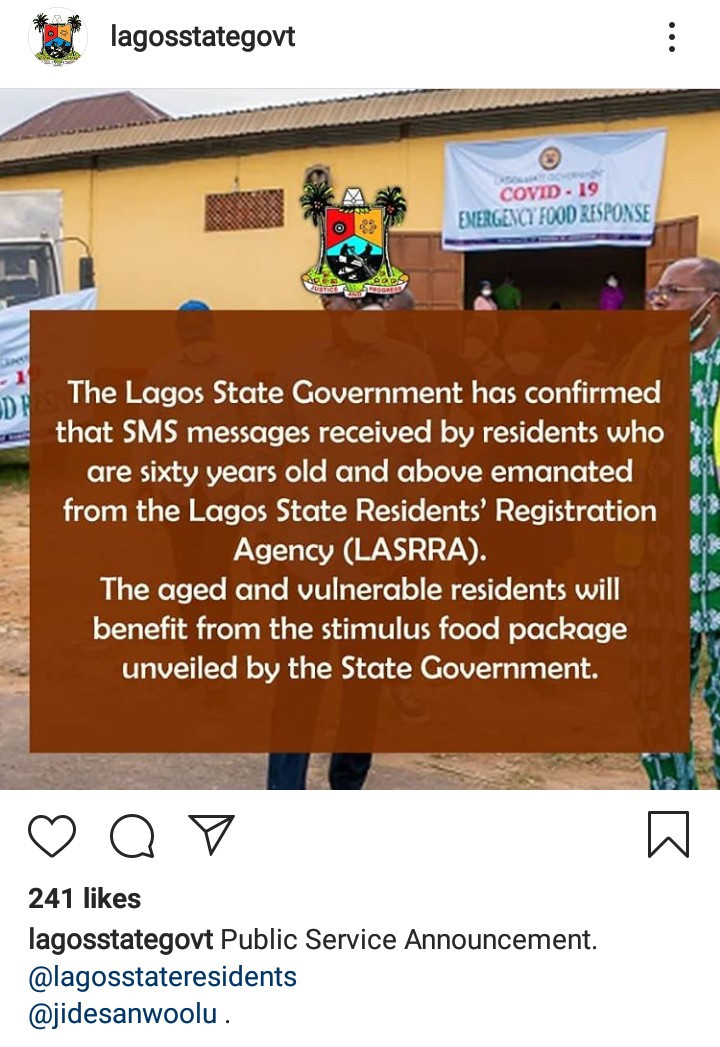 Coronavirus: AGF Malami counters claim of President Buhari not having the power to declare lockdown in states, provides legal justification