One dead as billboard falls in Aba (photos)

A man has been confirmed dead in Abia State after being crushed by a billboard which fell during a storm in the state.

The incident which occurred on Wednesday April 1 at Osisioma Junction in Aba, left another seriously injured and fighting for his life. 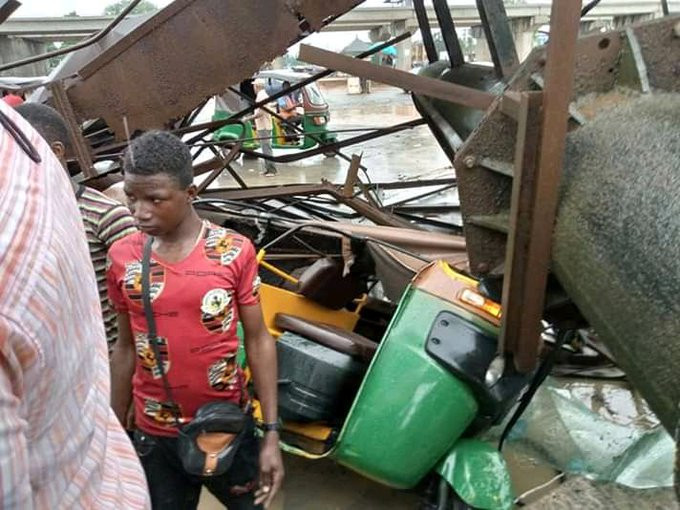 It was further gathered that two occupants of a tricycle popularly known as Keke Napep, were pulled out from the crushed vehicle by construction workers with heavy-duty equipment.

Here are more photos below from the scene of the incident; 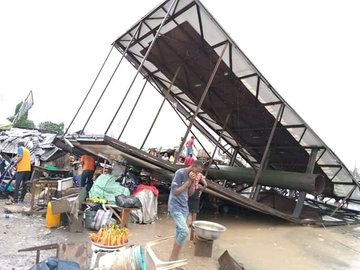 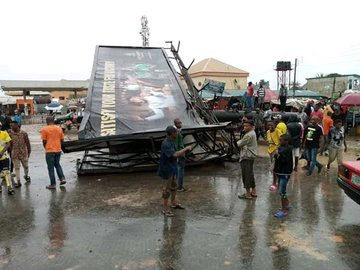 Atiku denies plans to hand over cash to Nigerians