Nollywood actor, Ukwak Asuquo, who was famous for playing Boniface in the now rested Television show, The Village Headmaster, has died.

His demise was announced by the Public Relations Officer of the Actors’ Guild of Nigeria (AGN), Monalisa Coker.

The statement reads in part

, “With deep sorrow and gratitude to God for a life well spent, we announce the demise of Mr Uwak Auquo, popularly known as Boniface in the rested television drama series, The Village Headmaster…”

May his soul rest in peace Amen. 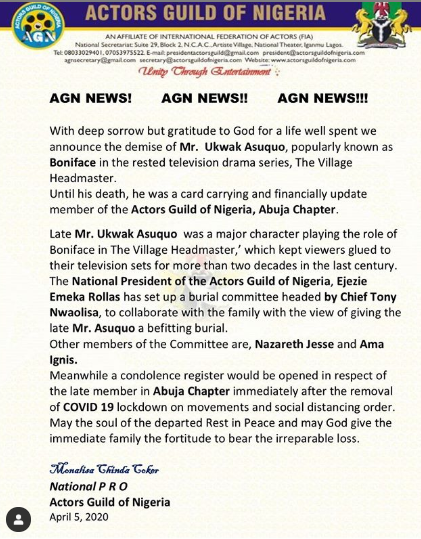 Coronavirus: Married men I sleep with for money are not picking my calls because they’re home with their wives – Nigerian single mother cries out (video)