Policemen who fought each other in Edo community, have been dismissed from service

The two policemen who were seen fighting each other ‘shamelessly’ in an Edo community, have been dismissed from service.

The policmen who were found guilty after undergoing trial over the incident which occurred in Ebele community of Igueben local government area of Edo State, have now been dimissed from the police force. This was confirmed in a tweet shared on the official handle of the NPF. 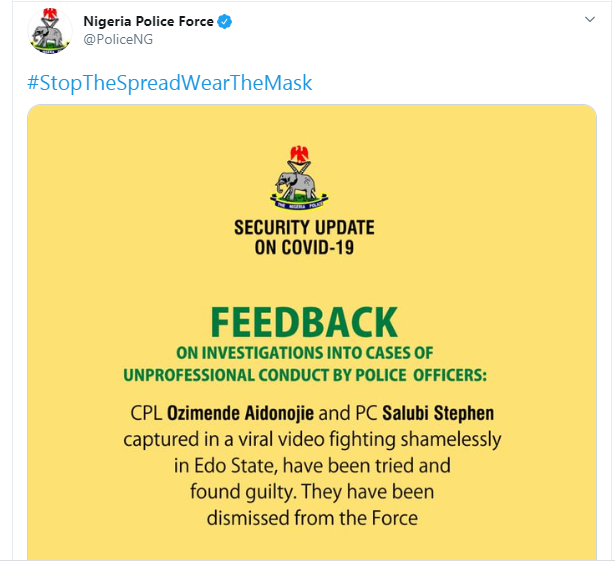 We are in the stage of community spread of Coronavirus – Lagos health commissioner, Prof Abayomi