82.9 million Nigerians are currently living in poverty in Nigeria.

This is according to the 2019 Poverty & Inequality in Nigeria report released by the National Bureau of Statistics today May 4. This figure represents 40.09% of the total population.

According to the report published on Twitter by Dr Yemi Kale, Statistician General of the Federation and CEO of the National Bureau for Statistics, 52.10% of rural dwellers are living in poverty while the poverty rate in urban centres is 18.04%. The report also states that the highest poverty rate is in Sokoto state while the lowest is in Lagos state.

The data, however, excludes Borno which has been ravaged by Boko Haram insurgents. Read full report here. 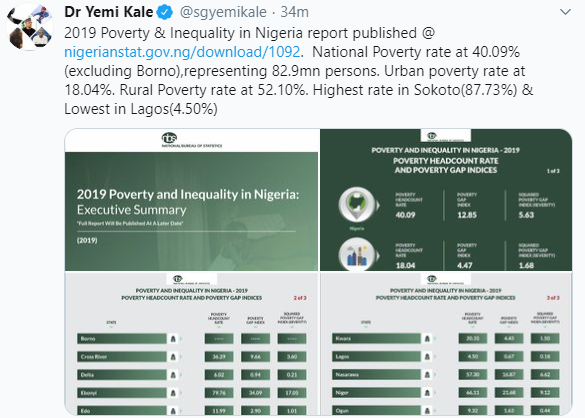 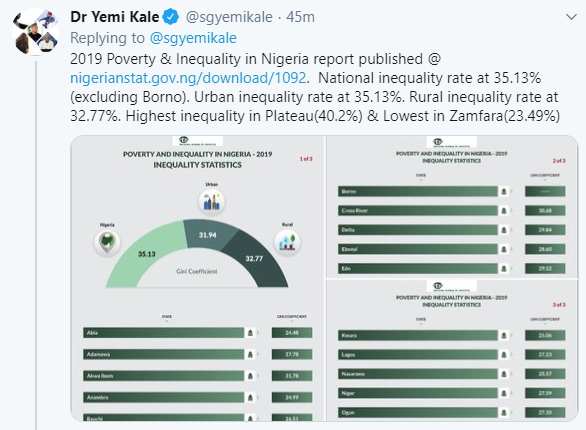 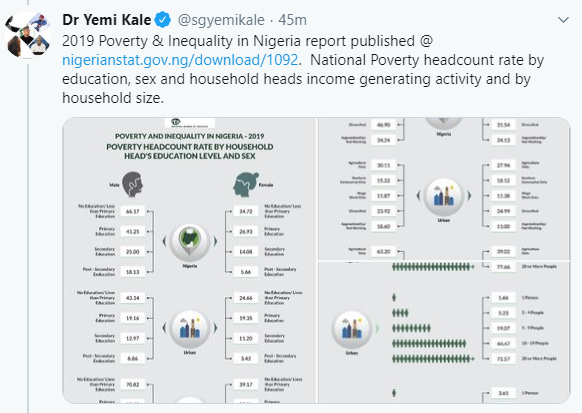 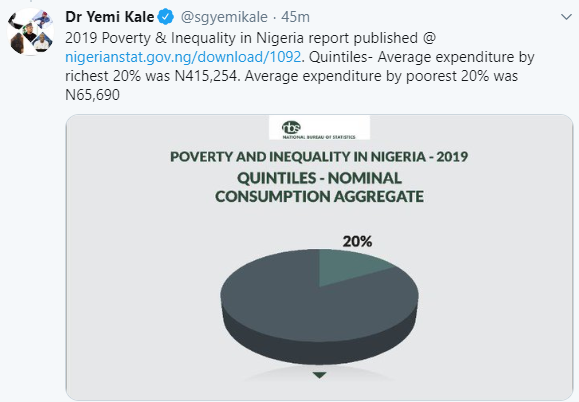