The Independent National Electoral Commission (INEC) on Friday, said it would hold the supplementary elections on March 9, alongside the governorship and state Houses of Assembly elections.

The National Commissioner and Chairman, Information and Voter Education Committee, Festus Okoye stated this in a statement issued on Friday. According to the statement, the decision to hold the supplementary election was taken at the end of their meeting on Thursday.

See the full statement below… 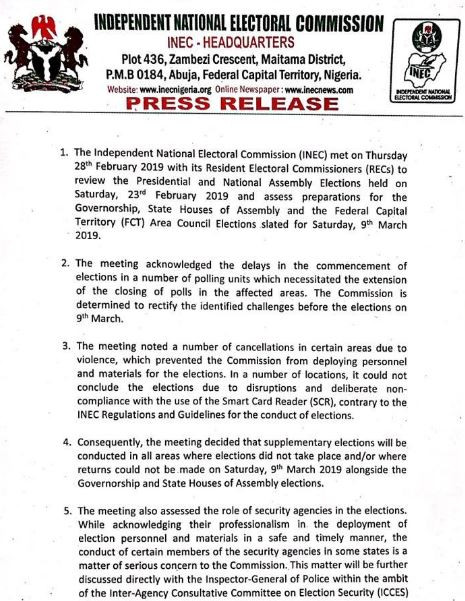 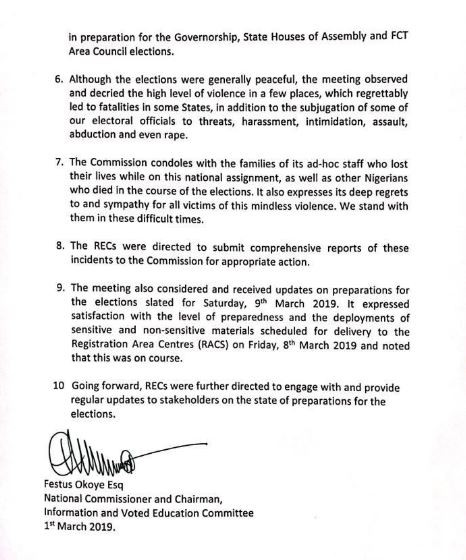