Photos: Bayelsa Government House Photographer who was shot by gunmen on Election Day, is dead

Dei was shot during the Feb. 23 Presidential and National Assembly elections, along with Peoples Democratic Party (PDP) leader in Oweikorogha, Southern Ijaw Local Government Area, Mr Seidougha Taribi, while in the later’s residence waiting for the outcome of the elections in the ward.

Taribi died on the spot, but Dei, who was taken for dead by the gunmen, allegedly in military uniform, survived and was rushed to the hospital, where he died on Sunday night.

The Director, Corporate Communications, Governor’s Office, Chief Nathan Egba-Ologo, who confirmed the development on Monday in Yenagoa, said the photographer died after battling to survive the lethal wounds from the gunshots in a Yenagoa hospital. 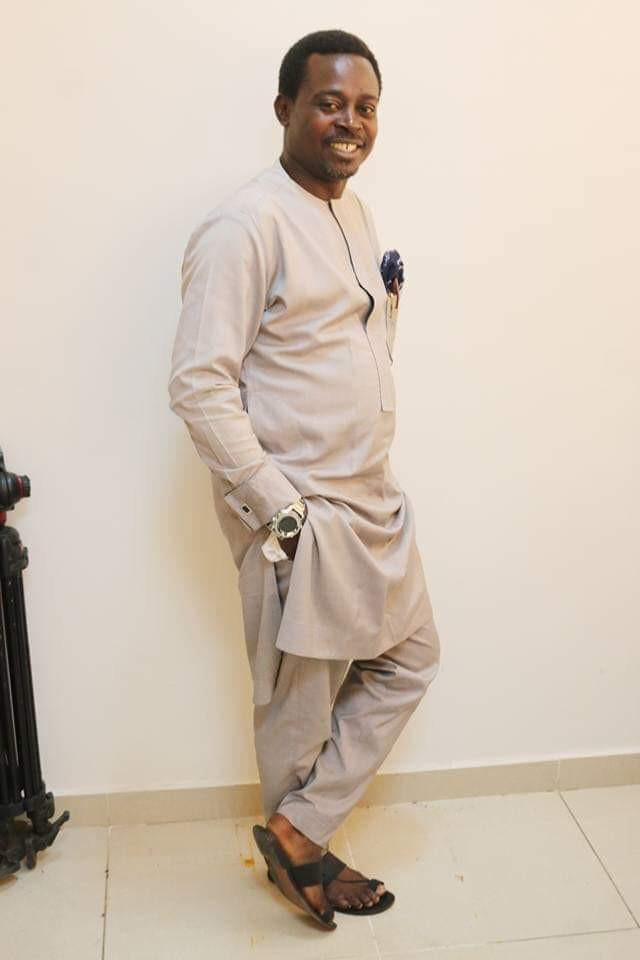 He said that the state was mourning the unfortunate murder of Taribi and Dei as a result of the brigandage that rocked the parts of the state during the elections.

Meanwhile friends of the late Dei have taken to Facebook to mourn his death. See their posts below… 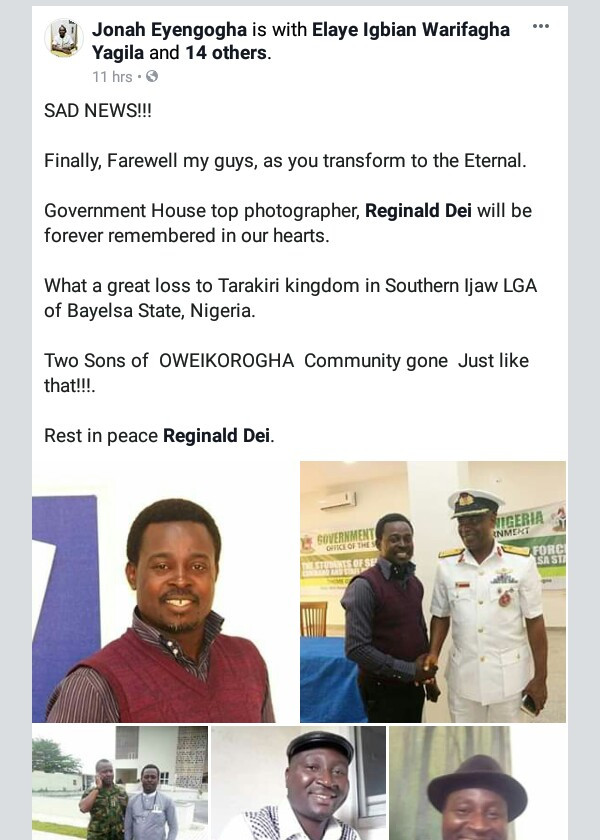 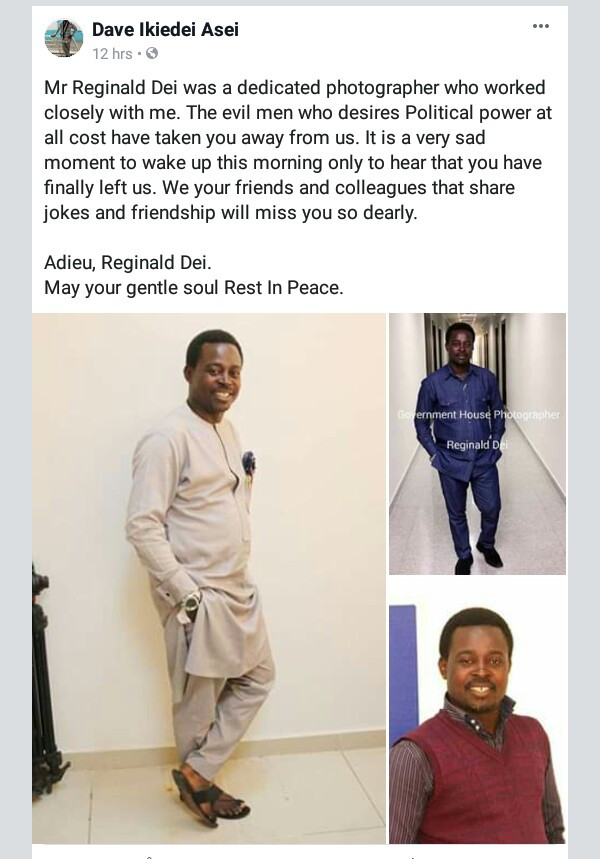 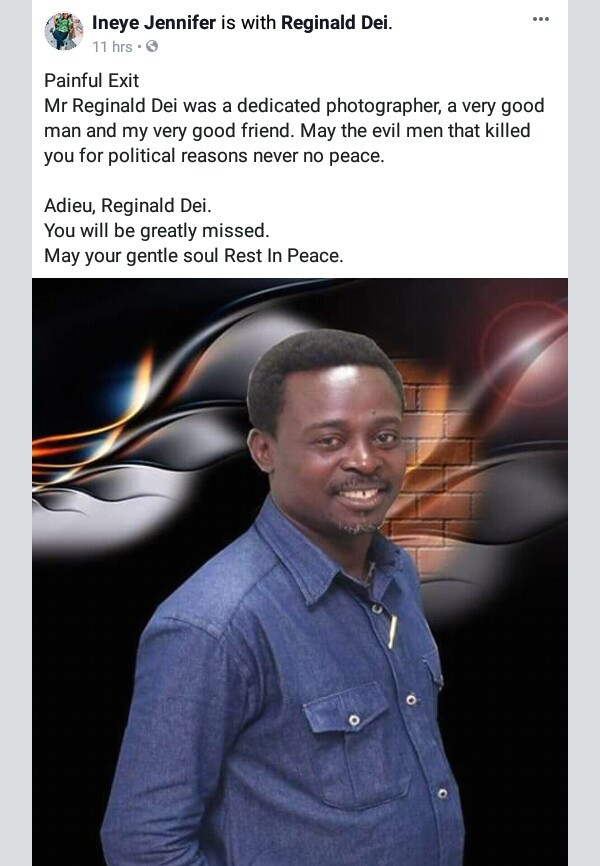 My intervention in Oyo APC was for genuine reconciliation, by Tinubu