Breaking News
‘Jose Peseiro could be another Clemens Westerhof’ –...
Kano explosion: “May your days be longer and...
1,627 terrorists surrender in three weeks as soldiers...
El-Rufai seeks wiping out of communities on Kaduna-Abuja...
Man trafficks wife for prostitution, sells son for...
7,256 Nigerian nurses left for UK in one...
Lagos airport shut temporarily, flights diverted over mangled...
UK police will not take further action against...
Pressure on APC governors over tickets for Senators,...
Presidential primaries: Uncertainty over APC, PDP delegates’ lists...
Home News Family of female lawyer who was murdered at a hotel in Ikeja issues official statement, demand answers from the police
News

Family of female lawyer who was murdered at a hotel in Ikeja issues official statement, demand answers from the police

The family of slain female lawyer,  Feyisayo Obot who was killed in her hotel room in Ikeja, Lagos have just issued an official statement to set the records straight and demand answers from the police.

Already, the Lagos state command have arrested a murder suspect who allegedly snuffed the life out of the female lawyer in her hotel room in Opebi, Lagos state on January 26th this year.

See the family’s full statement below….

Our attention has been drawn to an article across news blogs about Mrs Feyisayo Obot’s murder. On behalf of the family of the deceased, there is a need to set the perspectives right.

This storyline is an outright misrepresentation of the truth and facts of our dear sister’s tragic cause of death. It is shocking for us as a family and particularly traumatising because this story was profiled as originating from the office of the Nigerian Police.

Feyisayo Obot a mother of two married to a very supportive man, she arrived Lagos from Abuja on 23rd January, 2019 to sit for her Project Management exams. She checked into Citiheights Hotel, 6 Sheraton Link Road, Opebi, Ikeja. Until her death she worked in the Abuja Office of Save the Children, an NGO as the National Administration Manager. She was billed to check out on 26th January 2019 and fly back to Abuja. 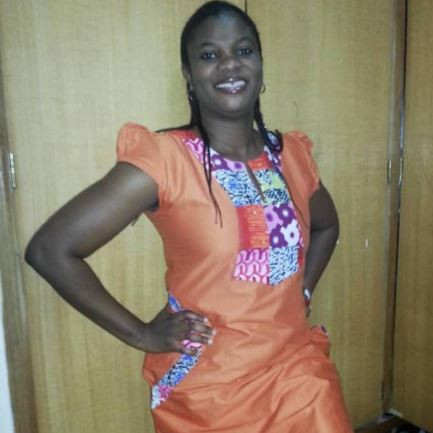 Following their investigations the family was reliably informed by the Nigerian Police – SCIIB that it was a ‘hit job’, As a family, we were restrained from going public with our outcry because we had placed our trust and confidence in the commitment of the Nigerian Police and security agencies to bring justice to the family of the deceased.

Investigations by the police revealed that the murder suspect arrived the hotel and checked in as a guest a few hours after late Feyisayo checked-in. What a coincidence?

? How did the murder suspect know she was on her way to Lagos and the hotel she would be staying?

? What were his initial reasons for booking the same hotel?

? Why did he overstay?

? Why not check out when his time ran out?

? Is it normal to check into a hotel and then randomly kill someone when you just realised you had overstayed by 2 days?

According to the statement from the police, investigations revealed:

“During interrogation, the suspect confessed to have committed the crime. He said he has never met Ms Feyitayo Obot until the day he attacked her and that he was motivated to rob the deceased to enable him offset his hotel bill having spent two days above the one day he paid for.”

Some unanswered Questions:
How did he know the room to go to when it is on record that he was not staying on the same floor or even wing as the deceased?

It is on record that the suspect also works in a restaurant on Victoria Island. Wonder why he came to pay 30k a room for three nights (60k)?

? How come he was even accommodated by the hotel without a valid means of identification in the first place?

? Why did the hotel not insist on him paying up his bills when he overstayed the first day?
Based on the information from the police to the family, Joshua said he was paid to murder Mrs Feyisayo Obot. Who paid him? Does the Police know? We haven’t been informed.

We are appreciative of the efforts and speedy response of the Nigerian Police and will continue to cooperate with them as they work on this case but it remains key to set the records straight as regards the investigation so far.

Presidency accuses humanrights lawyer, Mike Ozekhome, of fanning the embers of disunity of the Igbo race

Kano explosion: “May your days be longer and...