NBA stars, Serge Ibaka and Marquese Chriss exchanged blows on the court during a clash between Toronto Raptors and Cleveland Cavaliers on Monday night.

Things got ugly as the pair contested a high ball but Raptors star Ibaka was sent tumbling to the floor. When he got up, he rushed and grabbed Chriss by the throat, shoving him against the base of the hoop before they started exchanging punches while officials and team-mates tried to drag them apart. 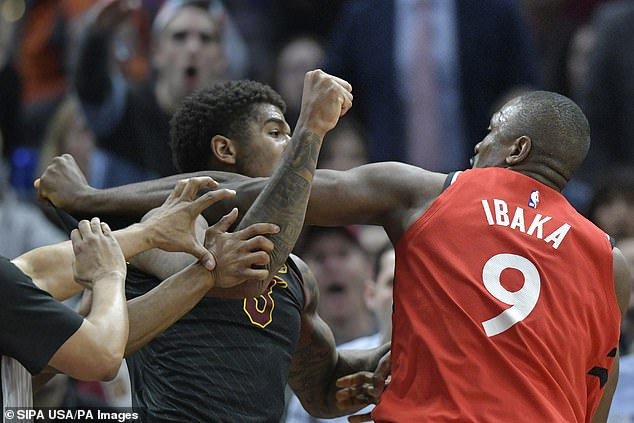 The pair were later ejected from the game.

According to Mail Online Sport, Ibaka is certain to face disciplinary action following the brawl.