Arsenal striker, Pierre-Emerick Aubameyang, has explained that last night’s Black Panther celebration was a nod towards his national team and his identity, after scoring twice against Rennes to send Arsenal into the quarter finals of the 2019 Europa league.

The Gunners thumped Rennes out of the Europa League, thanks to a 3-0 win at the Emirates on Thursday, to overturn a 3-1 deficit from the first leg.  Aubameyang scored twice during the win and treated fans to a new masked celebration for his second goal. 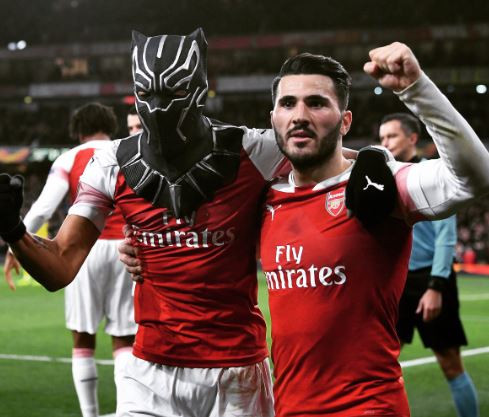 “I needed a mask which could represent me. It’s Black Panther. In Gabon the national team are the panthers. It represents me,” Aubameyang told BT Sport after the match.