In the video shared online, both women can be seen dragging and hitting at each other while speaking Nigerian pidgin.

One of the women can be seen bleeding from her eye. She accused the other woman of “bursting” her eye but the woman said she only injured her flesh. 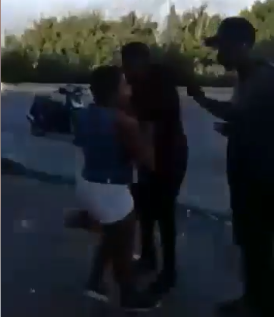 Men in the background can also be heard speaking pidgin English as they cautioned the women, asking them to stop fighting. 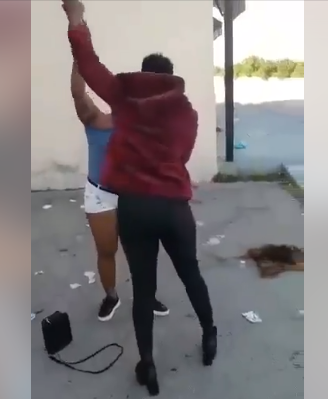 ”Is this not an electoral offence?” Reno Omokri inquires from INEC after Charly Boy’s admits receiving money from Keyamo to release Atiku diss song