Banky W writes open letter to the President, VP, and Lagos state Governor following the shooting death of an only son by SARS operatives (graphic photos)

Kolade, popularly known as Kay Low, was the only son of his mother who is a widow. He also recently welcomed a child and returned to Nigeria to visit before he was killed while watching a match.

His death has generated outrage and has Nigerians calling, yet again, for the government to end SARS so as to effectively put an end to extrajudicial killings in Nigeria.

A post which Banky shared and was reposted by Waje, reads:

This post is for our leaders: @muhammadubuhari@profosinbajo @akinwunmiambode & @jidesanwoolu… Dear Sirs, Kolade Johnson, an innocent young citizen of Nigeria is dead. He was the only son of a widow, a husband and father. His only crime was being in the right place at the wrong time… watching a football match when SARS operatives who allegedly came to arrest someone, started shooting sporadically. Kolade is not the first innocent victim of reckless behaviour by SARS operatives, and he will almost certainly not be the last. It is sickening, frustrating, and unfair.
We are tired of hearing about victims of police brutality, but never hearing about the criminal, reckless police officers being brought to justice. We are tired of screaming and tweeting #ENDSARS while our innocent young people are being extorted, bullied, maimed and killed by the very same officers who are meant to protect them. And we are tired of our leaders remaining silent, incident after incident.
We’re going to track down Kolade’s family, pray with them and raise money to assist them through this terrible tragedy. We hope that our leaders will use this opportunity to ACTUALLY show that they care about our lives and wellbeing, by tracking down the reckless officers responsible for this murder and bringing them to justice for their vicious crime.
We will not let this go. Kolade was innocent and did not deserve to die. Kolade could have been anyone of us. Please show us that you care about us. Please. 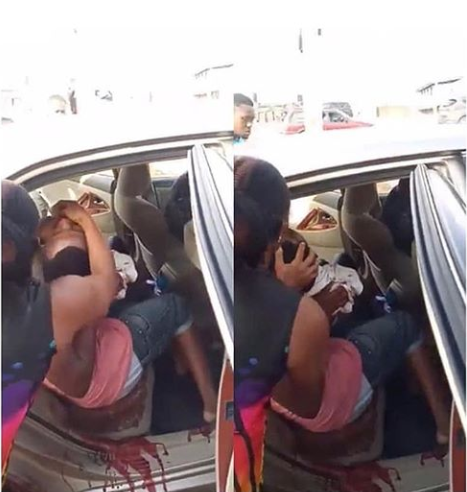 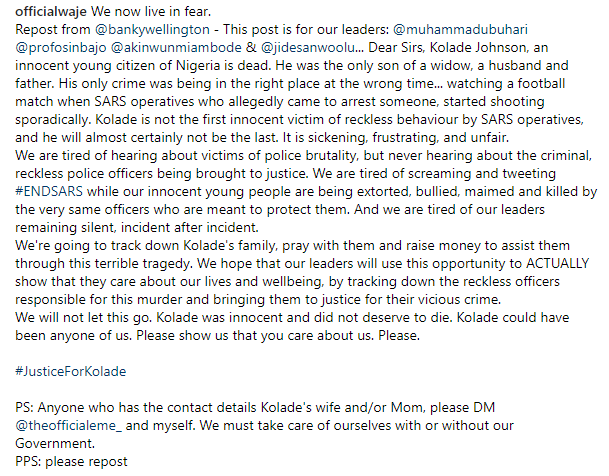