Photos: 74-year-old man arrested after shooting friend’s son in the stomach for ‘stealing his money’ which was later found under his own pillow

Police at Soon Nern police in Nakorn Ratchasima, Thailand, have charged a man in Maklua Kao village with attempted murder after he thought his best friend’s son had stolen 47,900 baht from him.

Nikom Makong, 74, thought Tawee Srijantheuk had robbed him after a drinking session on Monday evening. But Nikom’s son later found the money under his dad’s pillow.

Soon Nern police were called to a house in the village yesterday morning where Tawee was lying grievously wounded. His intestines were coming out and he was rushed to a local hospital thence to Maharat Hospital in Nakorn Ratchasima. 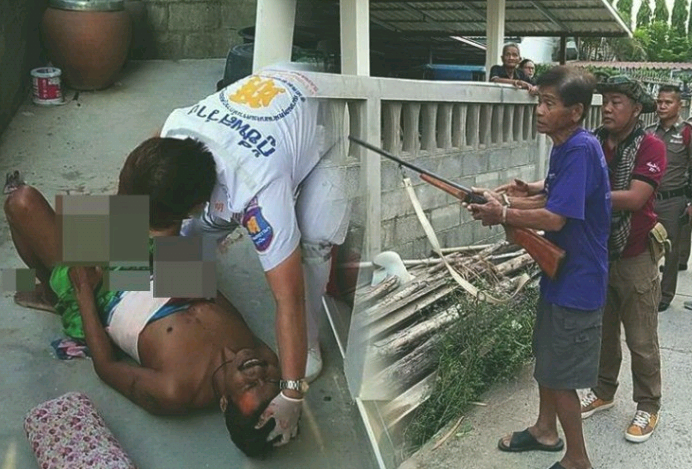 The victim’s father Bunnark Srijantheuk related the scarcely believable story of what transpired. According to him, on Monday evening Nikom – his best mate and neighbor – had come round to say that he had got 48,000 baht from the sale of his rice crop. He gave a 1,000 baht note to Bunnark’s son to go and buy a bottle of lao khao (white spirit) to celebrate.

Tawee returned with the alcohol and returned the 940 baht change to Nikom. Then a drinking session began.
Nikon got so paralytic by the end of the session that Tawee had to virtually carry him home to his house and bed.

But when dawn broke on Tuesday, Nikon came over in a fury claiming that his money was gone and that his son had stolen it. He said just 40 baht was in his wallet. He demanded to know where was the other 47,900 baht. 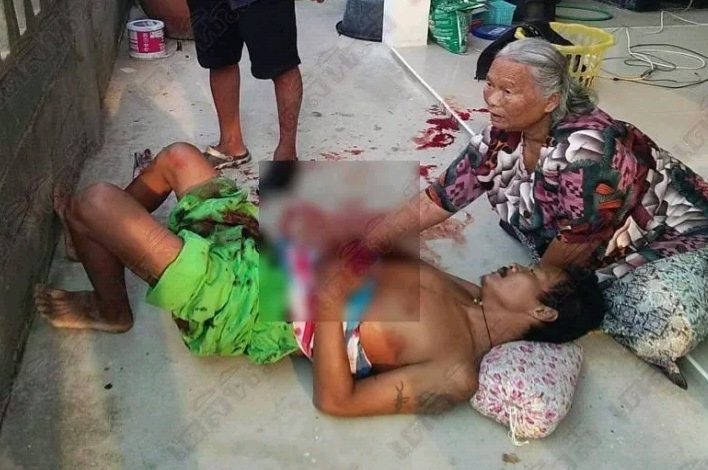 Tawee said that it was all ridiculous – why would he steal from a man whom he considered as much as a father as his own.

But Nikom would not be placated. After Bunnark got annoyed with his protestations and said he should go to police he went back home to his house in a mad fury and got a gun.

When he returned to his house Tawee tried to calm the situation down but was shot in the abdomen. 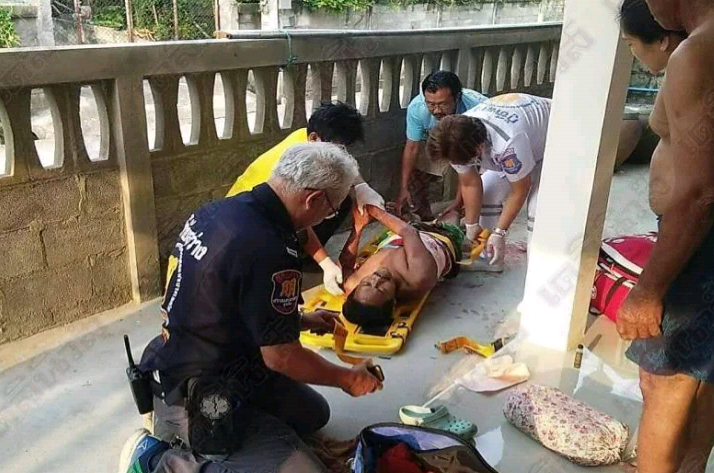 Police arrested Nikom and took him in. Shortly afterwards, however, the son of the suspect arrived at the police station. He had found the missing money – all 47,900 baht of it – hidden under the old man’s pillow.

But it was too late to take back what had happened. Nikom had already been charged with attempted murder