The messy drama between Nollywood actress, Tonto Dikeh and her ex-hubby, Olakunle Churchill is clearly far from over as the actress may face the law over the alleged forgery of car documents and illegal sales of a Prado SUV vehicle, belonging to the company of Churchill.

According to a letter submitted by Churchill’s Lawyer, Ace solicitors on the 4th of April to the office of the Inspector General of Police, the said vehicle was acquired by Churchill through his organisation, Big Church Group at the cost 22million.

The vehicle was however, converted to home use, when the actress welcomed their child, Andre.

After the Divorce, he left the white Prado SUV toyota SUV, which she thereafter allegedly forged ownership documents of the car and eventually sold it.

According to Olakunle’s counsel, ‘we make this submission to the police, not because he’s interested in having the vehicle back, but just to keep the police informed, so as not be dragged into any issue over whatever the vehicle may be used for, since he wasn’t aware of the transaction or even the person that acquired the vehicle’.

Below is the Letter of complaint from Churchill to the IGP through Ace Solicitors against Tonto Dikeh on the Prado SUV Car matter: 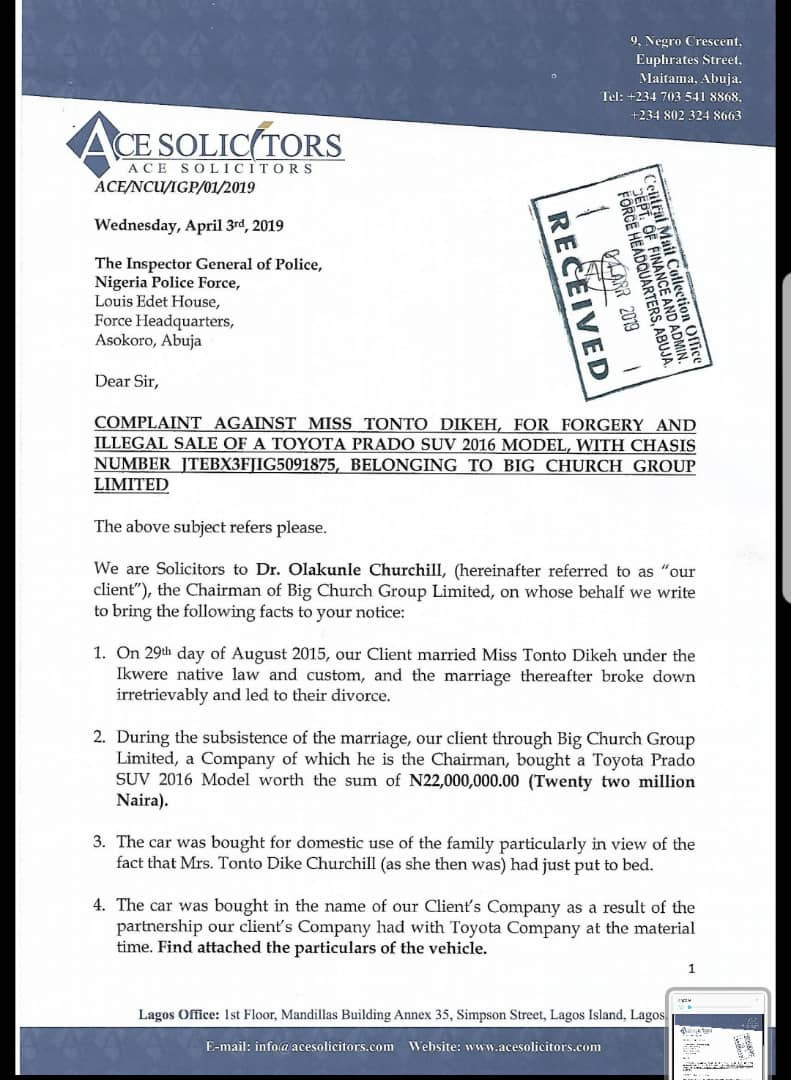 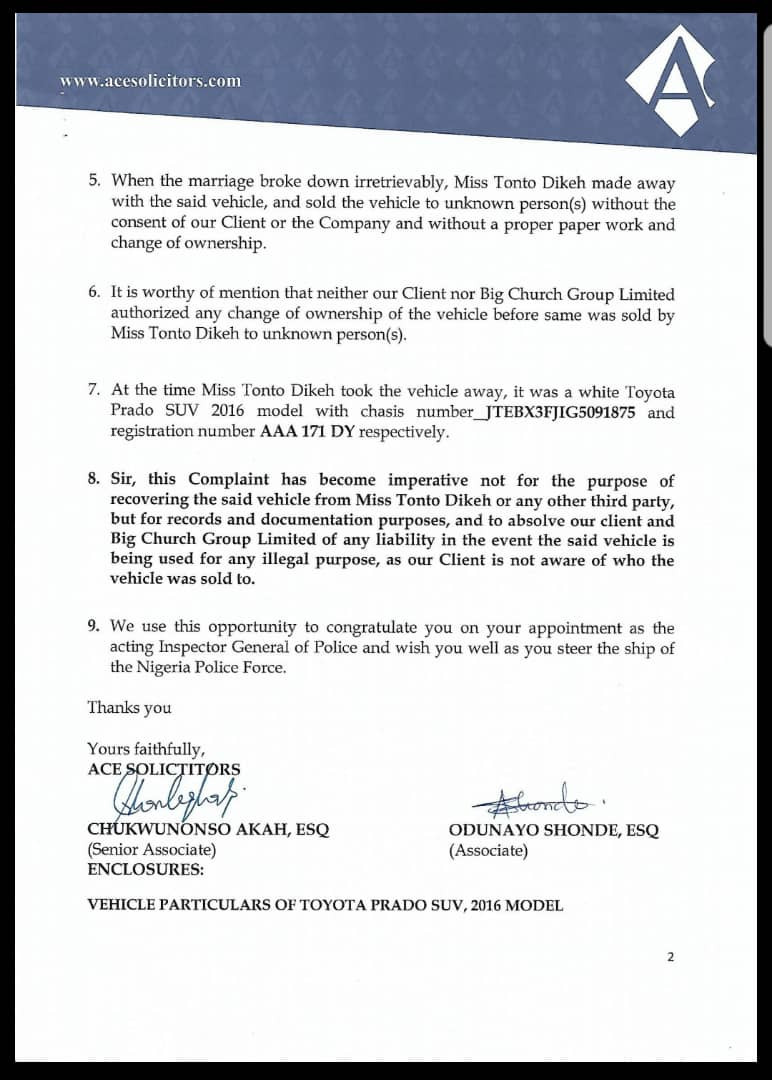