A South African teacher who was filmed abusing a child in a viral video (read here) has now been arrested and the school where the abuse took place has been shut down.

The video, which was recorded last year but only surfaced online a few days ago, shows the teacher spanking a little girl’s butt because she vomited in class. She also hit the girl multiple times on the head and face and made no move to stop even as the child cried.

Social media users were outraged and called for the authorities to identify and arrest the woman, especially as there was another video of her abusing a little boy in a similar fashion.

The cruel teacher and the person who filmed the assault have now been identified and arrested and the school has been shut down.

Gauteng social development MEC Nandi Mayathula-Khoza on Thursday closed down the crèche in Carletonville due to the reported cases of child abuse. 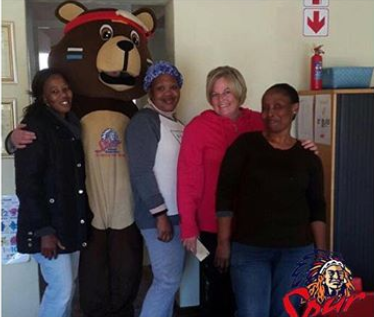