Spread the love
Hope is blooming years after he was rescued by Danish aid worker Anja Ringgren Loven, after he was branded a witch by his family and left to starve to death in Akwa Ibom state.
The child had wandered the streets for eight months when Anja got a phone call and immediately led a rescue team to bring him to the Children’s Education and Development Foundation (ACAEDF) also known as ‘Land of Hope’ named after the boy.
Today, Friday, April 5, Hope is representing his school in the 100 meters race. Excited Anja shared his photos on Facebook and wrote: 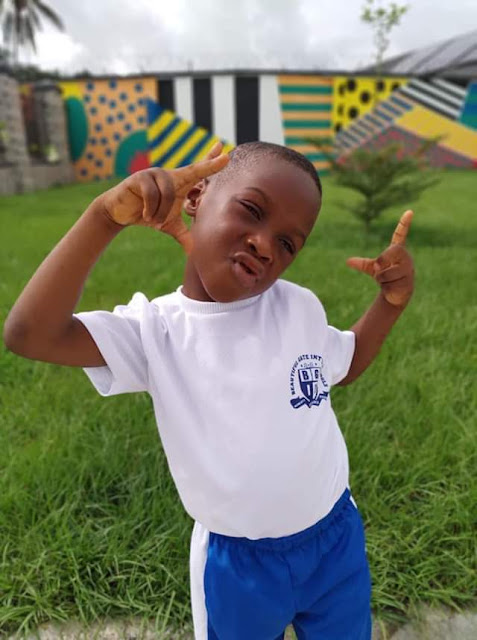 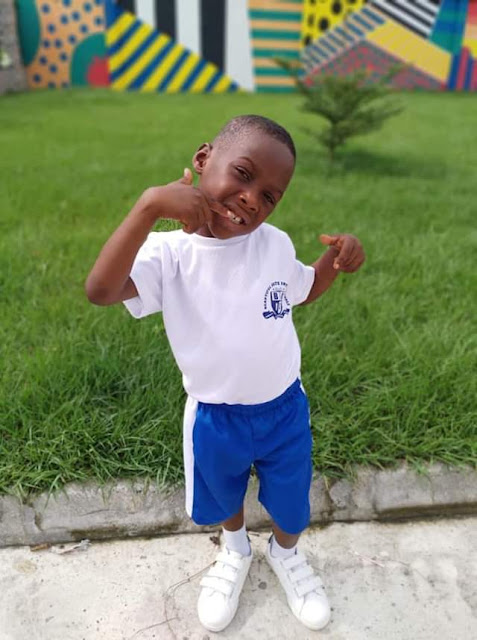 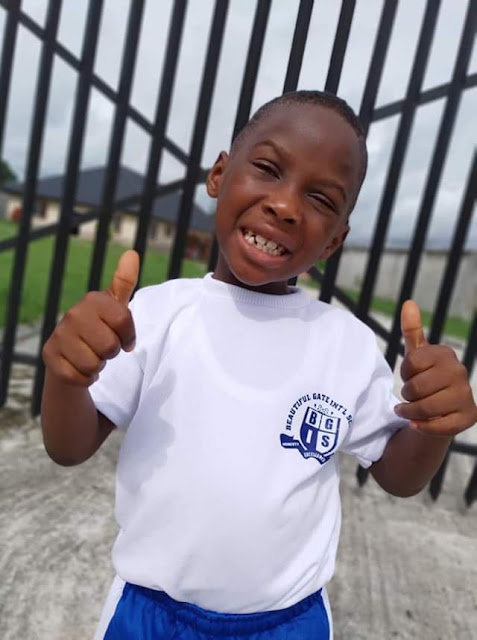 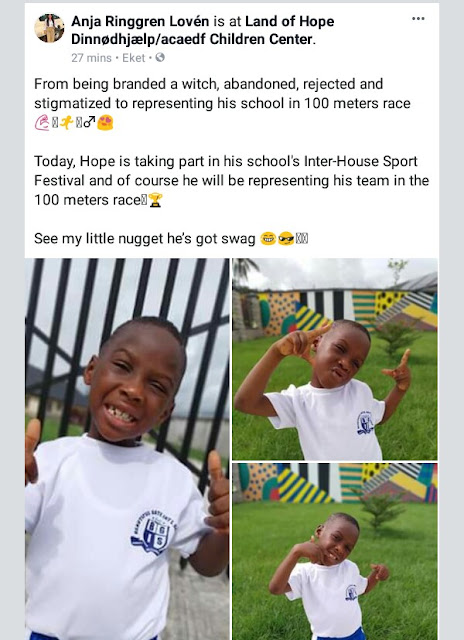 “Sell my car and withdraw the last N2m in my account” – Top NiMET official kidnapped on Abuja-Kaduna road, begs his family as abductors demands N50million ransom