Cossy Ojiakor continues to drag journalist Tunde Moshood; accuses him of coming in form of a cat to cause her fall

Cossy Ojiakor has promised to continue to come for Tunde Moshood with all she’s got till she ”exposes the truth.” She went on to accuse him of being the one behind the fall that landed her in a wheel chair.

The glamour model has been calling out Tunde Moshood for publishing a damaging article years ago that derailed her career. In the article, he claimed she had sex with a dog for real on the set of the movie, Itohan.

Cossy said at the time there was no social media to clear her name but now she intends to do just that.

Tunde Moshood eventually replied her rants and threatened her but she refused to give up. She continued calling him out.

A week ago, Cossy suffered a fall that landed her in surgery and ultimately in a wheel chair. Now, she’s insinuating Tunde was the one who sent the “evil pussycat” that caused her fall

However, she said all that has happened will not stop her from seeing the fight to the end. She promised to sue Tunde till his apology makes headlines.

See what she wrote below. 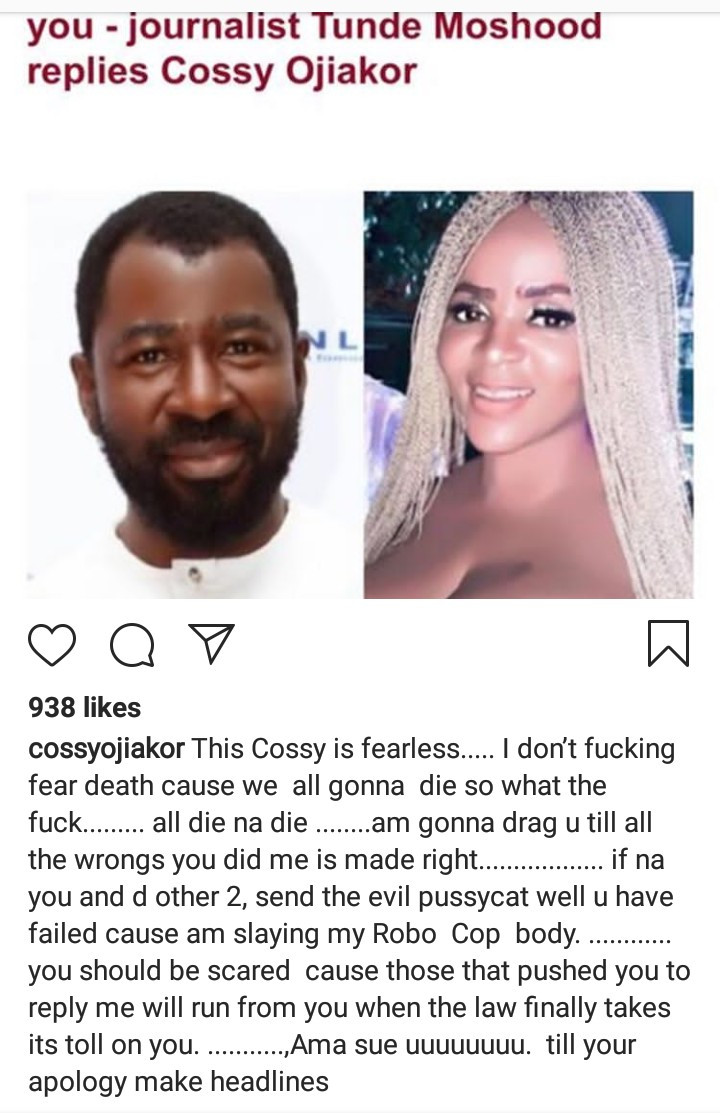