Governor Okezie Ikpeazu on Thursday August 8, confirmed the arrest of the soldier that shot a commercial motorcyclist at Opobo Junction area of Aba.

The soldier behind the killing was identified as ‘CPL Ajayi’ and it was gathered that he pursued the unarmed young man from Ohanze Village to Umuokereke Ngwa, a distance of about 25 kilometers and shot him at close range from behind over a N100 bribe.

The 30-year-old man Chimaobi Uzoukwa, left behind a pregnant wife, two sons and an aged mother. 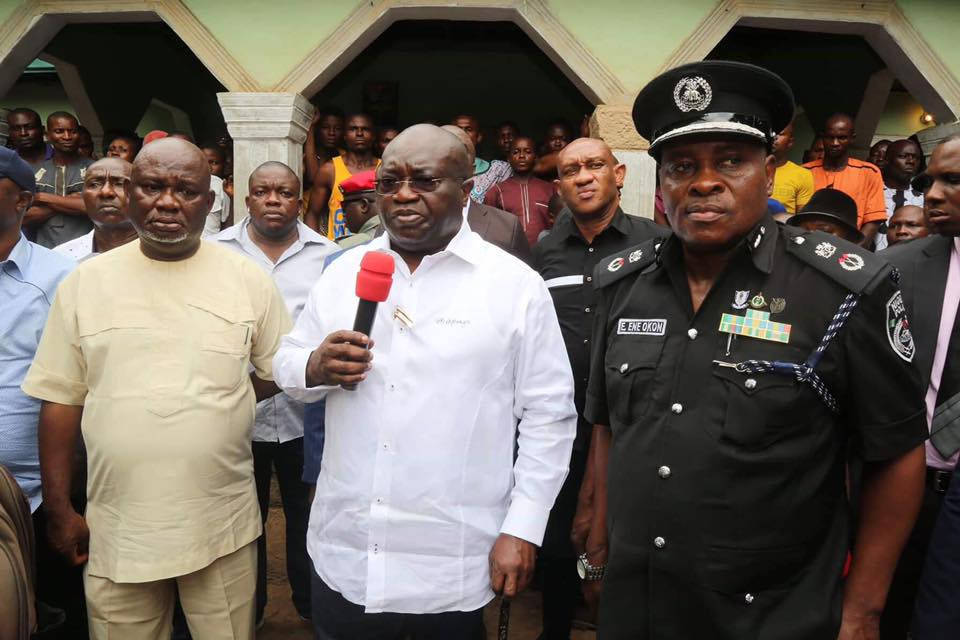 The Abia State Governor promised to pursue the prosecution of the arrested soldier when he paid a condolence visit to the family of the deceased at Umuokereke Ngwa community in Obingwa Local Government Area of the state. Ikpeazu described the killing of the 30-year-old young man as wicked, malicious, unprofessional and cowardly, and also expressed deep sadness that a security personnel who is paid and maintained by tax payers money will turn around to kill the very person he is paid to secure.

Governor Okezie Ikpeazu has vowed that no stone will be left unturned in the quest for justice for the slain motorcyclist, Late Chimaobi Nwaorgu, who was gunned down by a soldier yesterday.

Governor Ikpeazu stated this today when he visited the family of the deceased at Ezido Na Ife Village, Umuokereke Ngwa in Obingwa LGA. 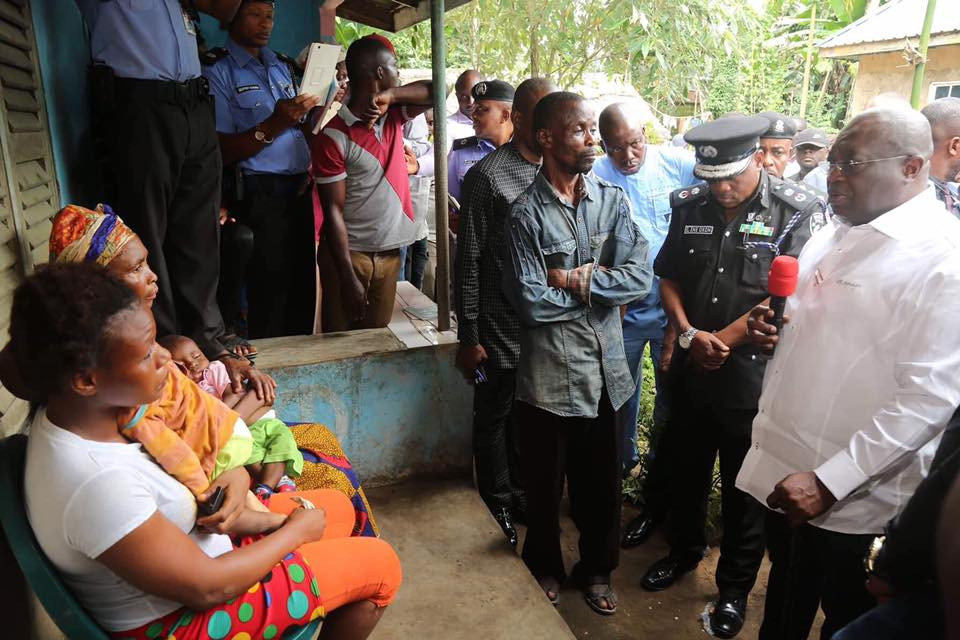 He expressed deep sadness that a security personnel who is paid and maintained by tax payers money will turn around to kill the very person he is paid to secure, stating that the circumstances surrounding the killing of the young man are unacceptable to the government and people of Abia State.

The Governor who was visibly emotionally shaken, wondered why a soldier will pursue an unarmed young man from Ohanze Village all the way to Umuokereke Ngwa, a distance of about 25 kilometers and shot him from behind, at point blank range.

According to the Governor, “This is one murder too many. We will do everything possible under the law to get this murderous soldier and bring him to justice. Whatever it takes, we will do. We will go to Abuja or any other place to ensure that this particular soldier doesn’t go scot free. The death of this young man is extremely painful and cannot go in vain. This is my position and this is the position of the Government and people of Abia State”.

The sight of the young wife, who has suddenly become a widow his two infant sons and his aged mother evokes a feeling of strong emotions and the atmosphere was very charged indeed.

The Governor assured the family that he will personally ensure that the young family is not allowed to suffer. He also announced that the soldier was arrested yesterday and is currently in detention and thanked the Commissioner of Police, Mr. Ene Okon for the prompt response to the matter.

Governor Ikpeazu pleaded with the family and the entire community to take heart and accept the sad incident with philosophical calmness. While advising against violent demonstrations which could aggravate the already charged situation, the Governor told the people to trust his ability to pursue the deal with this matter decisively.