A corps member and a soldier got into a push-up competition in orientation camp and it was an interesting battle.

The competition was keenly observed by other corps members. It was intense and lasted for a while as both men didn’t want to give up.

Eventually, the soldier threw in the towel, making the corps member the winner of the push-up battle.

Sharing the video, Aniekan Ata wrote: “I proved him wrong and I won the challenge!!” 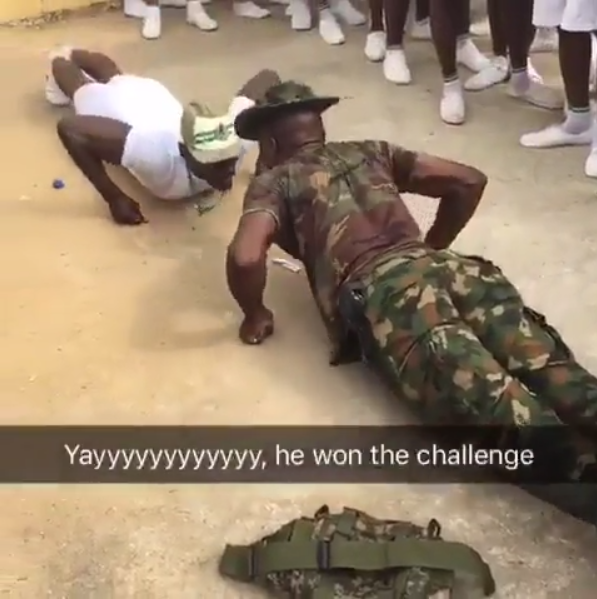 Lol, Corps member celebrates as he wins push up competititon against a soldier in an orientation camp.