Abba Kyari, on behalf of the president, had queried Fowler to explain “significant variances between the budgeted collections and actual collections for the period 2015 to 2018” and FIRS’s inability to meet the target.

“Please note that the variance in the budgeted and actual revenue collection performance of the service for the period 2016 to 2018 was mainly attributed to the following reasons: 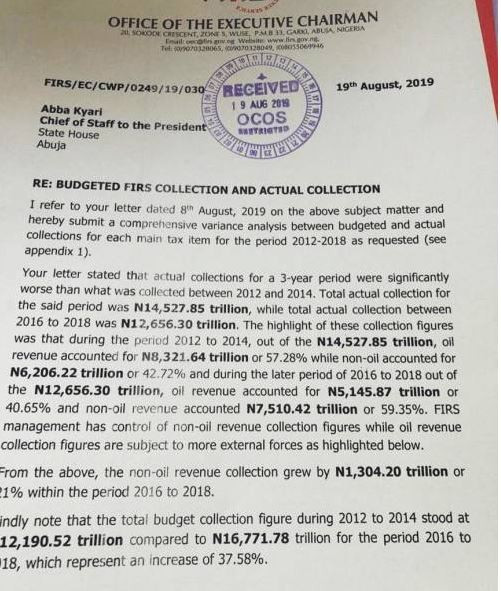 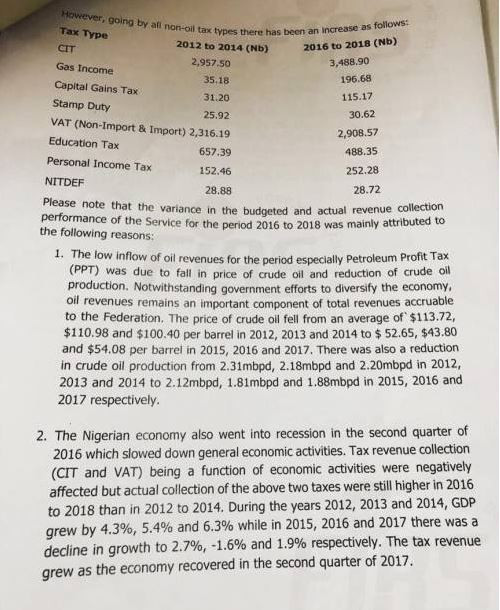 “It is worthy of note that strategies and initiatives adopted in the collection of VAT during the period 2015-2017 led to approximately 40 percent increase over 2012-2014 collections. In 2014 the VAT collected was N802billion, compared to N1.1 trillion in 2018. This increase is attributable to various initiatives such as ICT innovations, continuous taxpayer education, taxpayer enlightenment, etc embarked upon by the Service.”

He added, “It is pertinent to note that when this administration came on board in August 2015, the target for the two major non-oil taxes were increased by 52 percent for VAT and 45 percent for CIT.  “Notwithstanding the increase, FIRS has in line with the federal government’s revenue base diversification strategy has grown the non-oil tax collection by over N1.304 trillion (21 percent) when the total non-oil tax collection for 2016-2018 is compared to that of 2012-2014.”

We did not raid Ambode’s residence-EFCC