‘I’m looking forward to ending his career in the desert’: Andy Ruiz vows to beat Anthony Joshua for the second time

Andy Ruiz has finally confirmed his rematch with Anthony Joshua is on and it will take place in Saudi Arabia in December.

The Mexican-American heavyweight champion who defeated Joshua in June to win the WBA, IBF, WBO and IBO heavyweight titles took to Instagram in the early hours of Saturday morning (August 24) to confirm his rematch with the British-Nigerian boxer. 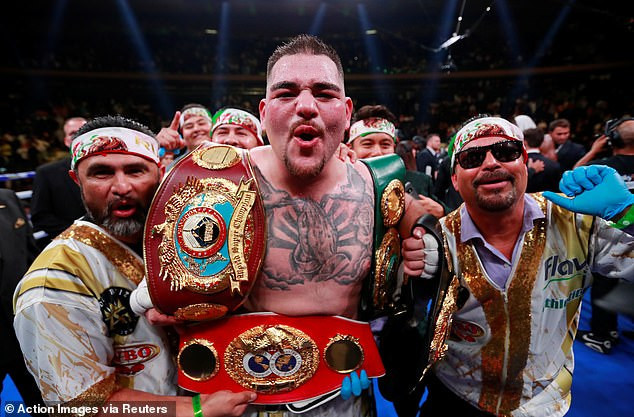 I’m excited to announce my rematch with Anthony Joshua. In the first fight, I made history and became the first-ever Mexican/American heavyweight champion of the world. I am grateful to Saudi Arabia for inviting me. 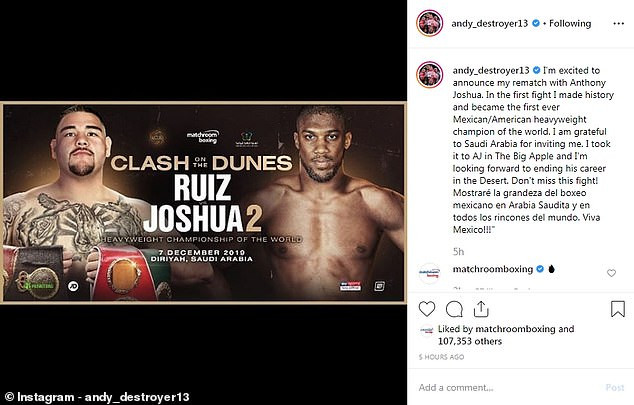 The fight between the British-Nigerian boxer and the Mexican-American star which is billed as the ‘Clash on the Dunes’, will take place on the 7th of December in Diriyah.