“I almost killed myself a year ago because of Morgan’s relentless campaign of lies and hatred against me” Actress, Jameela Jamil says

Actress and model, Jameela,Jamil has revealed that she nearly committed suicide last year because of Piers Morgan’s constant verbal attack on her.

Following the news that Piers Morgan decided to step away from Good Morning Britain after people filed complaints over his comments about Meghan Markle, Jameela was one of the many celebrities to react to his departure.

She took to Twitter to explain how the 55-year-old TV host’s past comments about her have impacted her mental health.

“TW: suicide. I almost killed myself a year ago because of Piers Morgan’s relentless campaign of lies and hatred against me last February. I’m glad I’m still alive today for many reasons. But watching him leave GMB today is right up there…And has me feeling,” she said, adding a gif of herself looking fabulous on the red carpet at the 2019 Emmys. 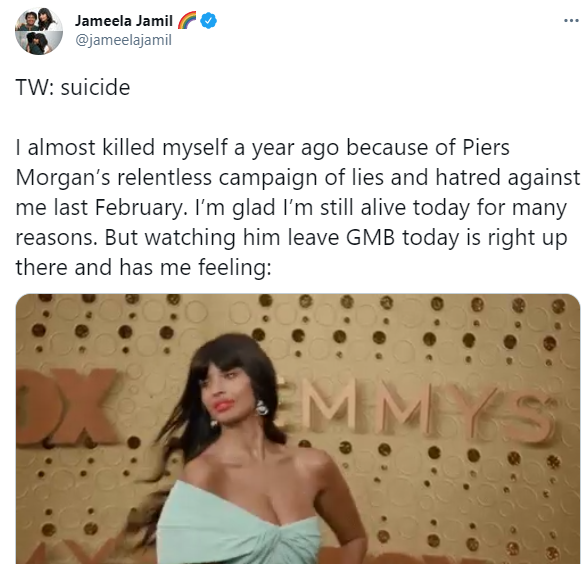 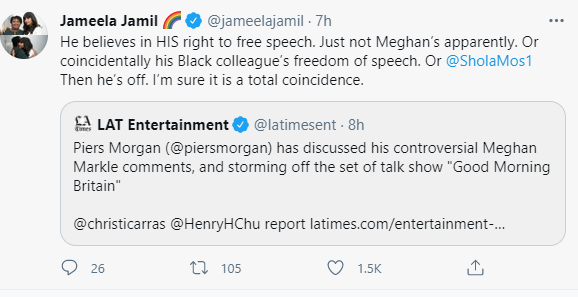