Nigerian singer, 2face Idibia has debunked reports he got a banker pregnant.

His manager, Efe Omorogbe released a statement debunking the rumor this afternoon, August 13.Recall that few days ago, 2face came on social media to apologize to his wife, Annie Idibia, for being a “Shitty husband”.

Shortly after he shared his apology post, some social media users claimed he apologized publicly because he got a banker pregnant.

The singer has now debunked the report.

Read the statement below… 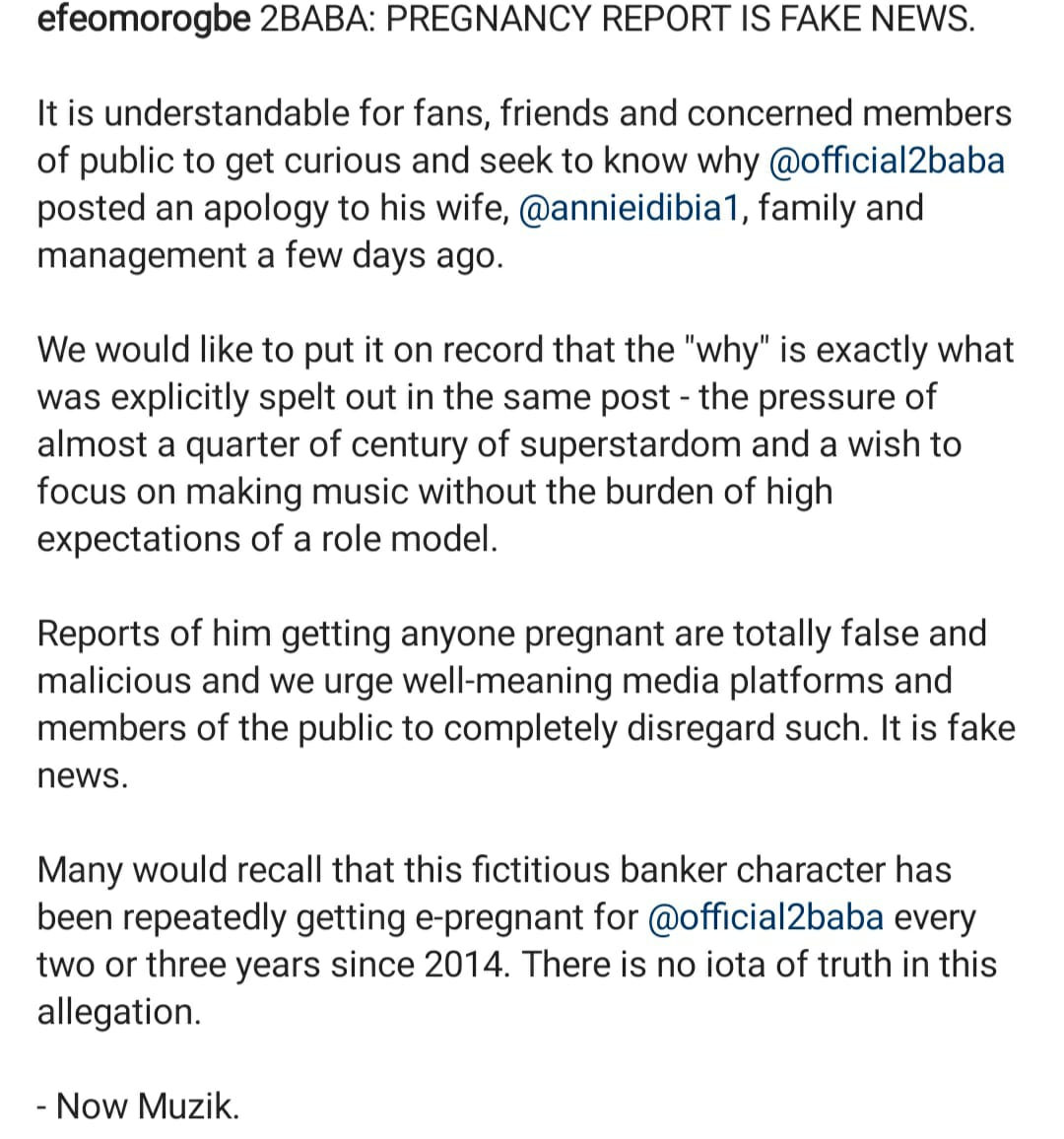