50 Cent has been called out by social media users after he trolled his Power co-star, Naturi Naughton for the second time.

Naturi who is one-third of early 2000s R&B group 3LW and the actress that played ‘Tasha’ in Power, talked about 50 Cent making fun of her in a post she described as “shady” in an interview with Page Six earlier this week.

“He knew what he did was shady and apologized for it. He realized it wasn’t the nicest thing to do. I accepted his apology, I’ve moved on.”

She went on, “He’s an EP on the show, I’m a star on the show, I can’t be worried about something like that. He believes in the work that I do on ‘Power,’ so it was just a matter of making sure that that comes across. I think he gets it, we’re cool. I’ll see him at work within the next couple of days. I don’t hold grudges, it’s water under the bridge.”

The Queens rapper however seemed not to care about the backlash he has received as he mocked Naturi again over her hairline with a photo of ‘Goro’ from Mortal Kombat. Naturi had her hair slicked back into a high ponytail in the photo he shared.

Here is his tweet and the backlash that ensued; 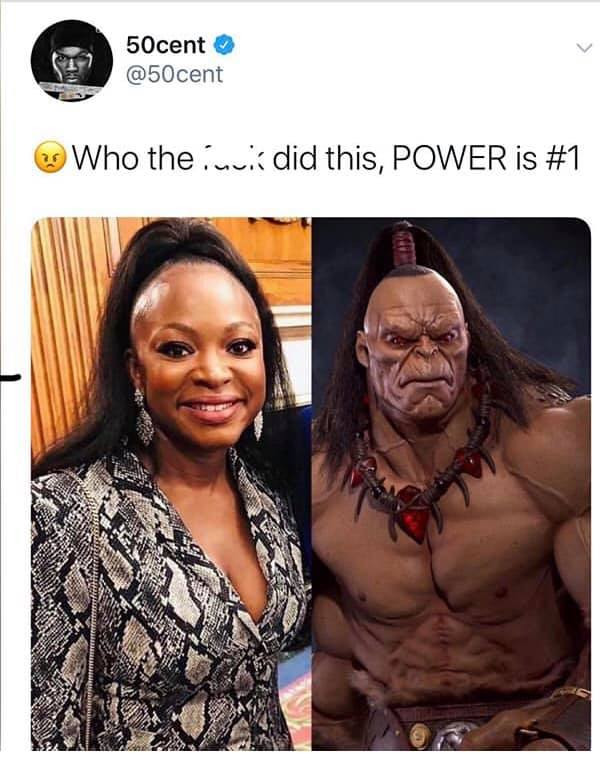 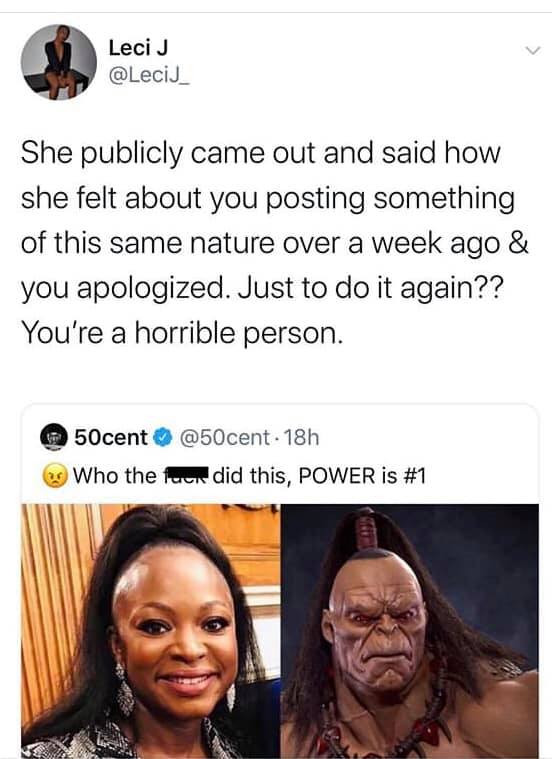 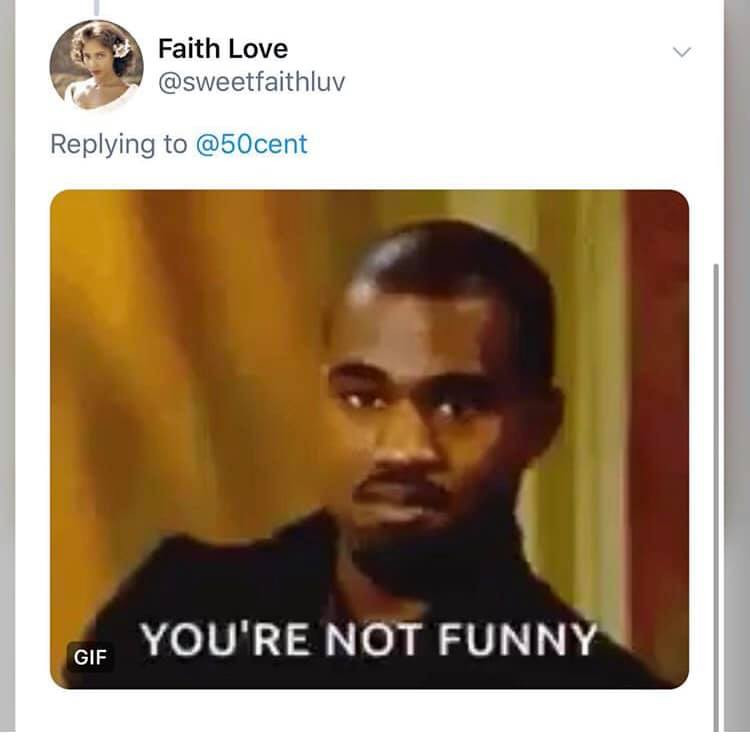 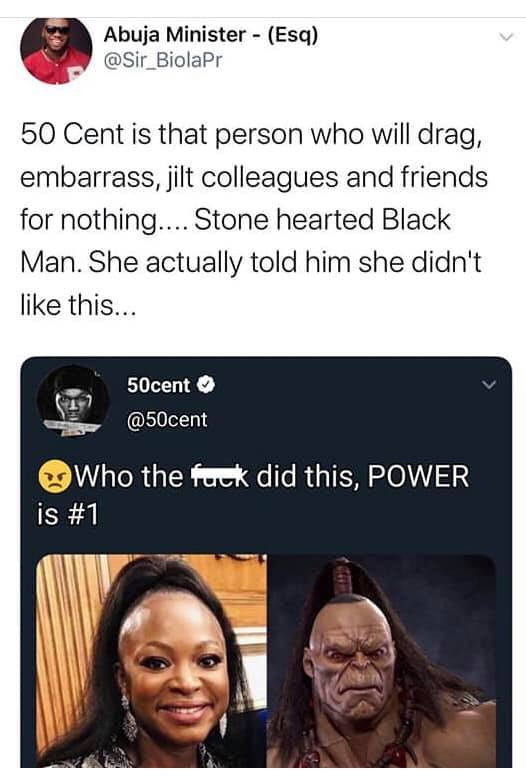 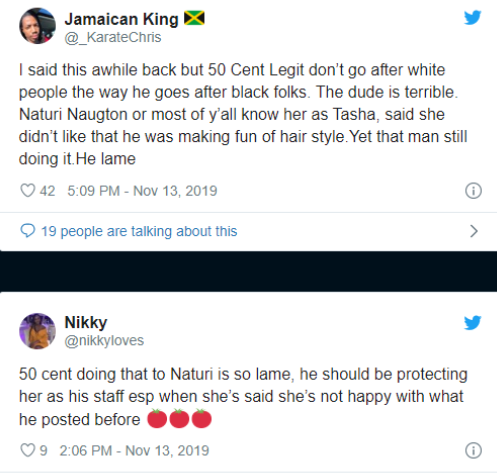